The latest snapshot of mental health and substance abuse among teens and adults tells a mixed story of optimism and opportunities for improvement. While teens are using fewer substances now than in the past, the overall opioid epidemic shows no signs of slowing. The data, compiled by the Substance Abuse and Mental Health Services Administration (SAMHSA), comes from two large national surveys reported in 2015. Here are some of the key findings.

While marijuana is the substance teens are most likely to abuse, rates of pot usage have also declined slightly since 2011. Fewer teens started using alcohol, marijuana or cigarettes in 2015 than in 2011. Cigarette use in particular has been steadily dropping, from nearly 8% in 2011 to 4.2% in 2015. 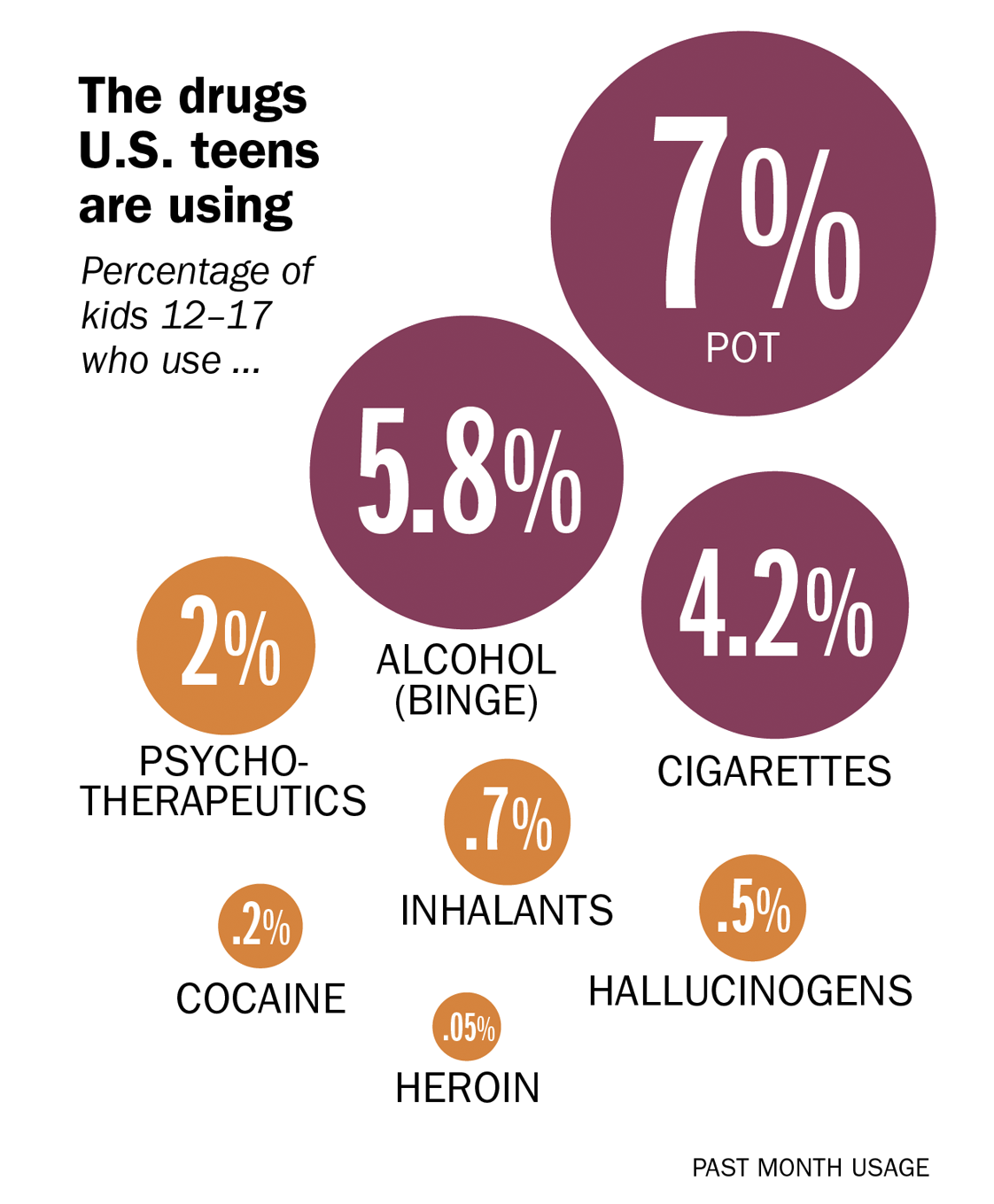 However, it’s not all good news. While rates of substance abuse are dropping among teens, those who do abuse illicit drugs are not receiving the treatment that could help them with their addiction. 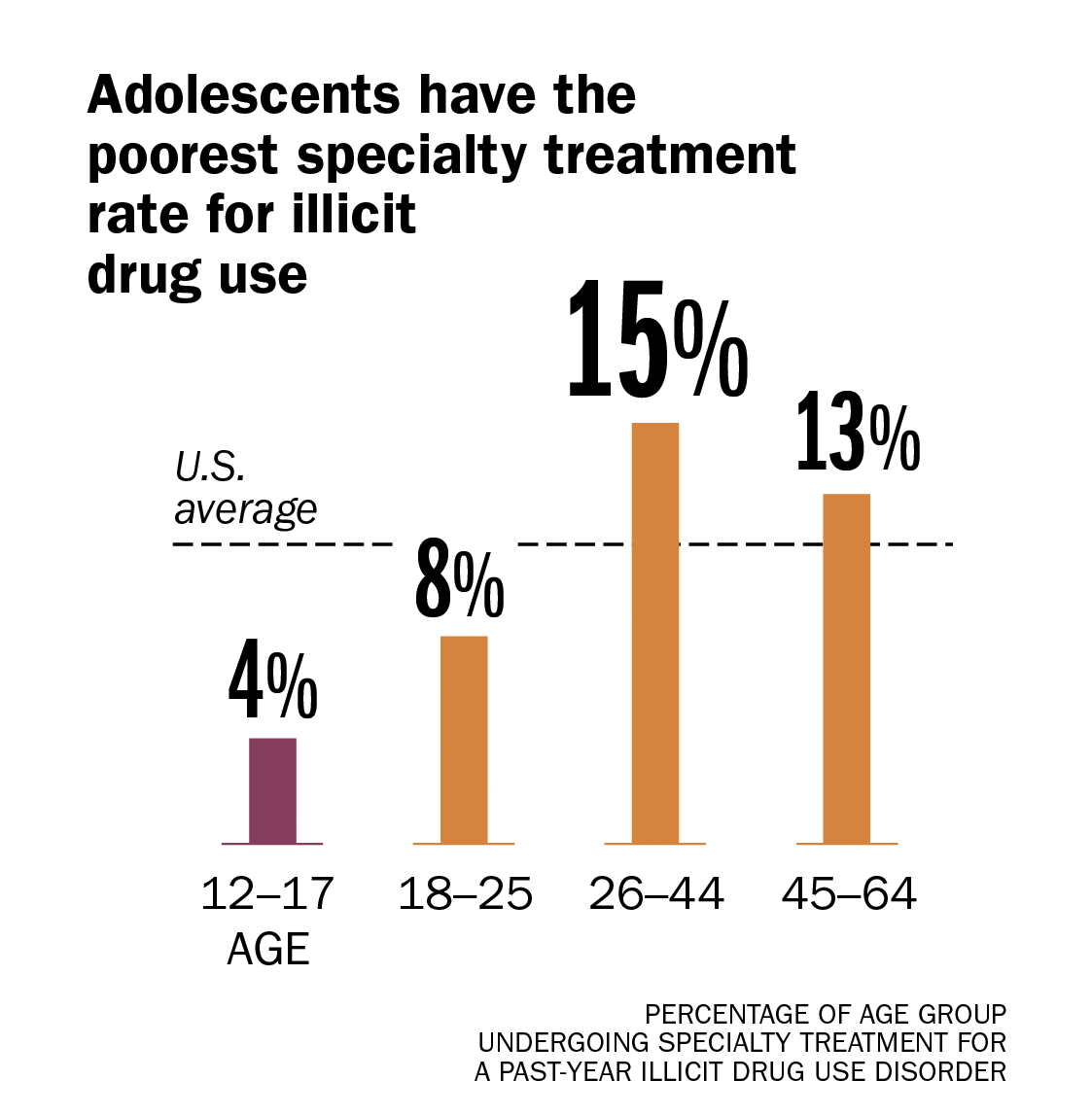 Rates of depression have been steadily rising among young people—especially girls—since 2011. An estimated 3 million teens reported having at least one major depressive episode in the past year in the 2015 survey.

: Why The Kids Are Not Alright 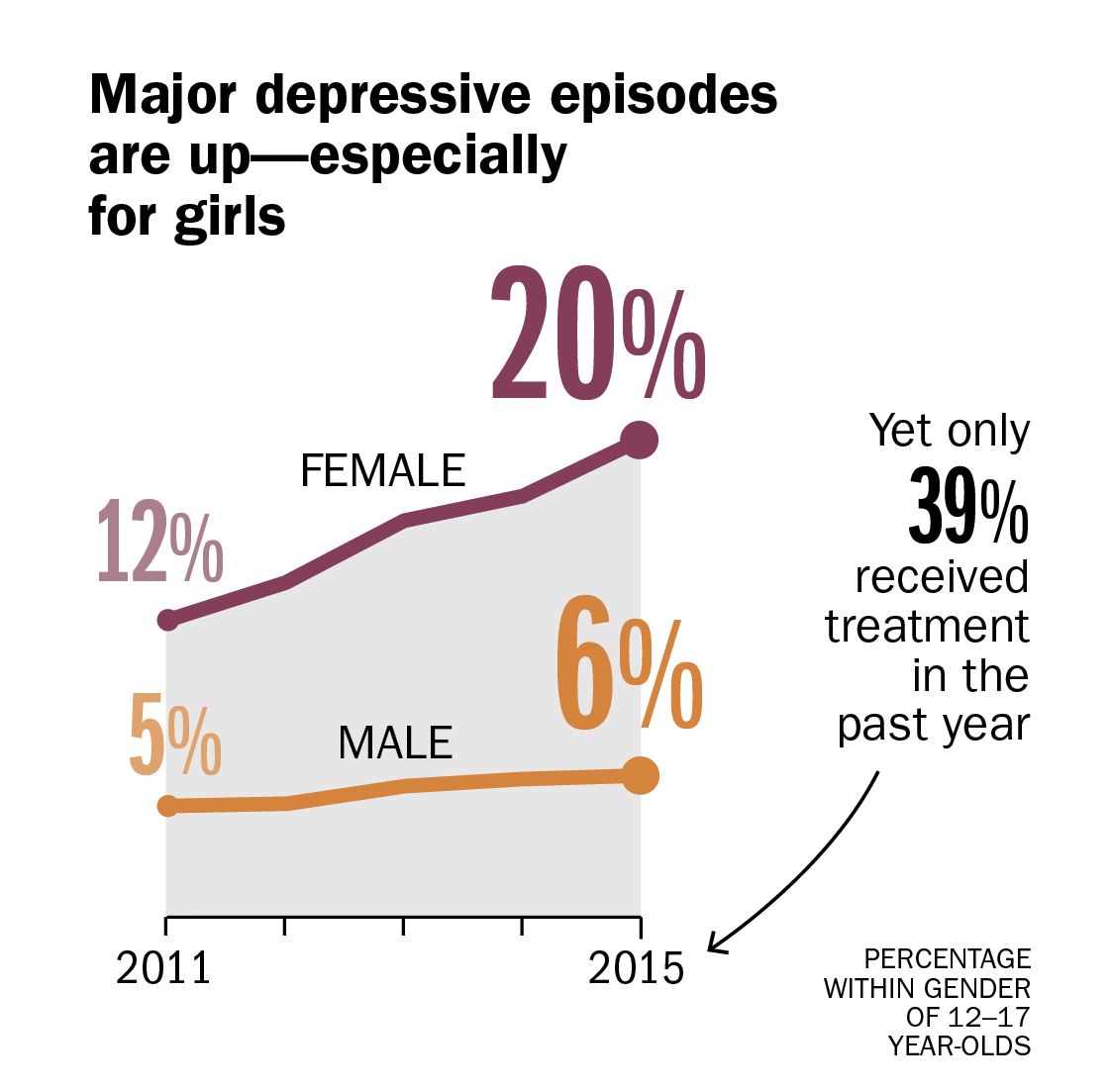 Abuse of prescription painkillers is a growing problem, and nearly 5% of the U.S. population over age 12 reports misusing a prescription pain medication in the past year. Some of the increasingly popular—and controversial—medications such as methadone and buprenorphine that are used to treat opiate addictions by mimicking the opioid drugs themselves are also among the drugs being misused. More worrisome are opiates like fentanyl, which when obtained illegally, aren’t always pure and are contributing to more overdose deaths. 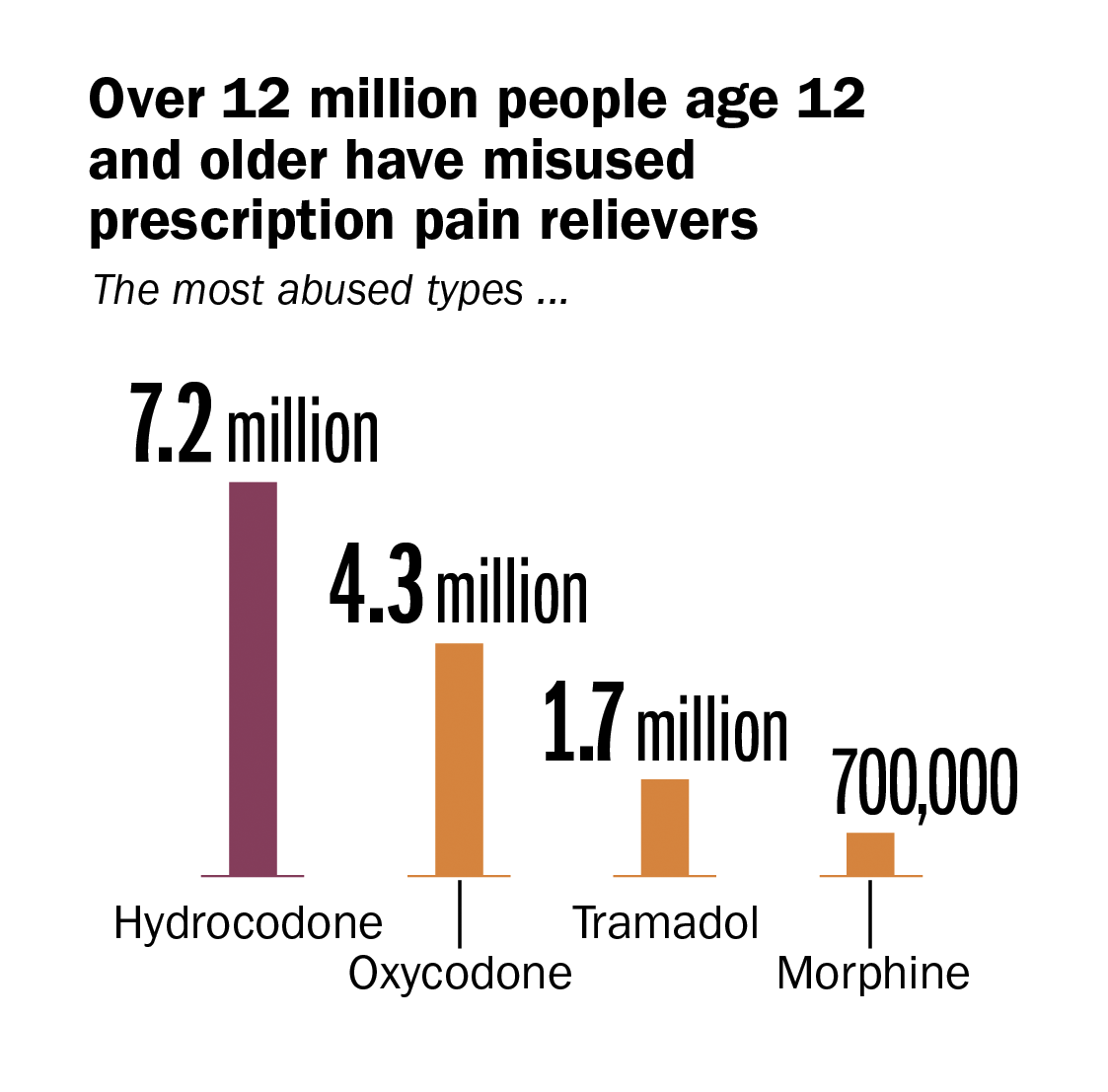 Overprescribing of opiate medications, for conditions from headaches to dental surgery and major surgery, has contributed to abuse. Because they are addictive, users often find other sources of drugs when their prescriptions run out. 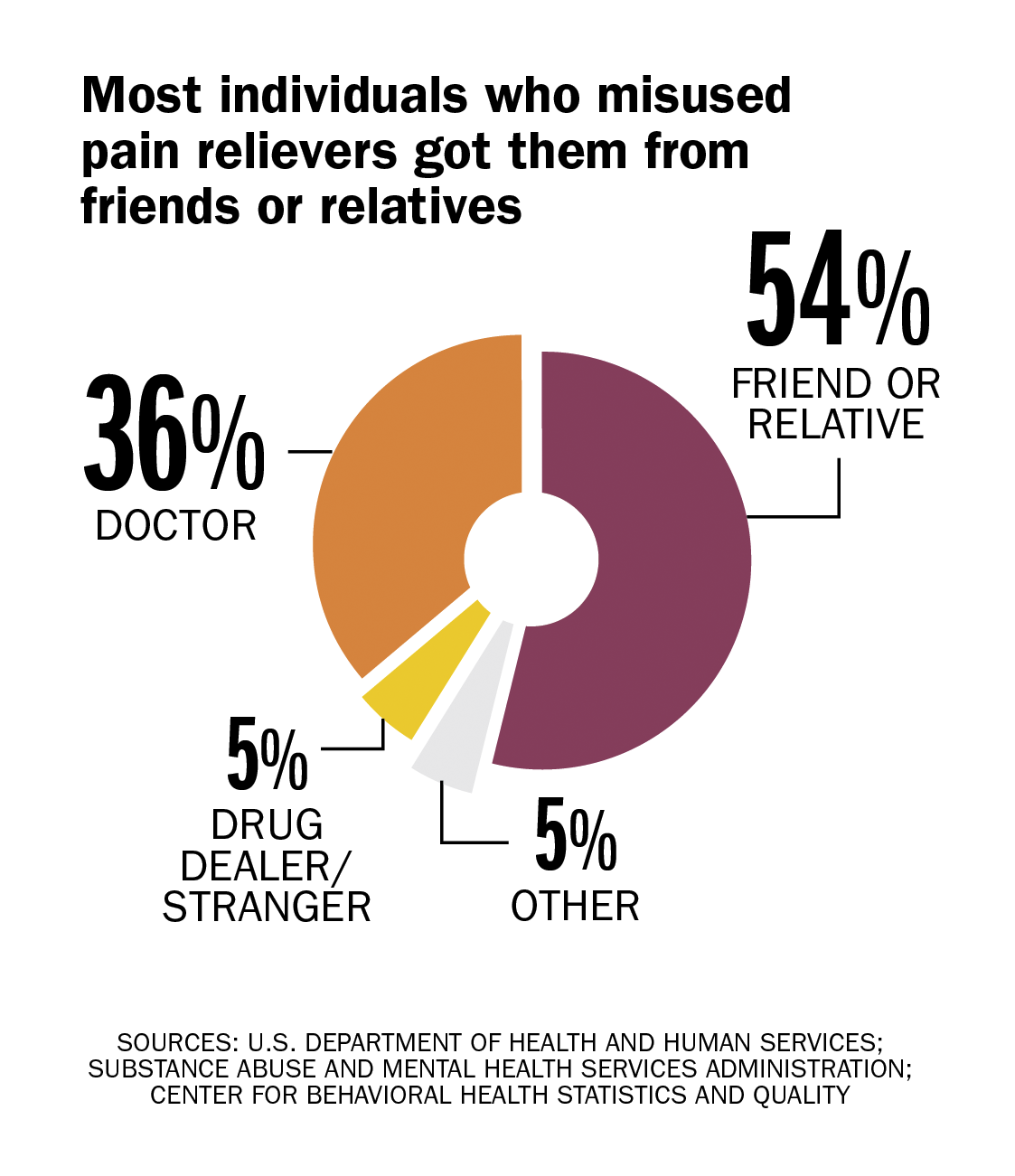