One evening in the winter of 2016, my husband mentioned that he was sending away for one of those commercial DNA-testing kits. He asked if I wanted him to order me one as well. I could easily have said no. I wasn’t curious about my ancestry. I knew where I came from–Eastern European Ashkenazi Jews on both my parents’ sides. Instead, I said yes. Why not? It seemed like a game–like those personality tests people often take online.

The results, when I received them a few months later, changed everything I had ever understood about myself. I was only half Eastern European Ashkenazi, as it turned out. A person I had never heard of was identified as a first cousin. The truth was unavoidable. My beloved father, who died in a car accident when I was 23, had not been my biological father.

This discovery led me deep into a world I had known nothing about: the history, science and psychological underpinnings of assisted reproduction. I have spent the past few years piecing together the story of how I came to be, the truth of where (and who) I come from–and the ways in which my identity was scrupulously hidden from me.

In 1961, my parents, Orthodox Jews who married later in life, were having trouble conceiving. My father was part of a large family that took seriously the commandment to be fruitful and multiply. My mother, nearing 40, was desperate to have a child. They went to the now long-defunct Farris Institute for Parenthood near the campus of the University of Pennsylvania. There, they were told that a “treatment” was available to help solve my dad’s infertility. A practice of the day was to mix donor sperm with the intended father’s sperm, in order to keep alive the possibility that the child was biologically his. There was a commonly used term for this: .

Confused is right. Back then, the medical establishment took great pains to allow couples to believe what they wanted about what they were doing. Couples were told to have sex before and after the procedure to further the sense that the (often completely sterile) husband could be the father. Once a woman had become pregnant, the couple might be told that her blood levels showed she must have already been pregnant when she first came to the institute, furthering the possibility that two otherwise rational people could bury the truth from their family, their friends and themselves.

The trauma and shame surrounding infertility was intense. In 1954, a court ruled that donor insemination constituted adultery on the part of the woman, whether or not the husband had granted consent. Nine years earlier, the reporter ran a story about the legal status of donor-conceived children with the lacerating title Artificial Bastards? Records were heavily coded, then destroyed. Sperm donors were guaranteed anonymity. It seemed fail-safe that the procedure would remain forever secret. The idea of a future in which DNA results would become easily accessible through a popular test would have been unimaginable.

Now advances in the field of assisted reproduction are also far beyond what could have been imagined at the time of my birth. In vitro fertilization, surrogacy, donor eggs, cryogenic technology and the capacity to test embryos for genetic markers have allowed many more of us–straight or gay, married or single–to make families. And that’s a great thing, but it isn’t a simple thing. Though science has evolved at a stunning rate, the human capacity to understand and wisely use those advances has limped along.

The secret that was kept from me for 54 years had practical effects that were both staggering and dangerous: I gave incorrect medical history to doctors all my life. It’s one matter to have an awareness of a lack of knowledge–as many adoptees do–but another altogether not to know that you don’t know. When my son was an infant, he was stricken with a rare and often fatal seizure disorder. There was a possibility it was genetic. I confidently told his pediatric neurologist that there was no family history of seizures.

More difficult to quantify are the profound psychological effects of such nondisclosure and secrecy. I grew up feeling “other”–different from my family in ways I didn’t understand. I looked nothing like my dad and was constantly told that I didn’t “look” Jewish. I was filled with longing, but for what I did not know. The air in my childhood home was thick with the unsaid. I felt it, picked up on it, but had no name for it. The psychoanalyst Christopher Bollas has called this “the unthought known”–what we absolutely know but cannot allow ourselves to think. 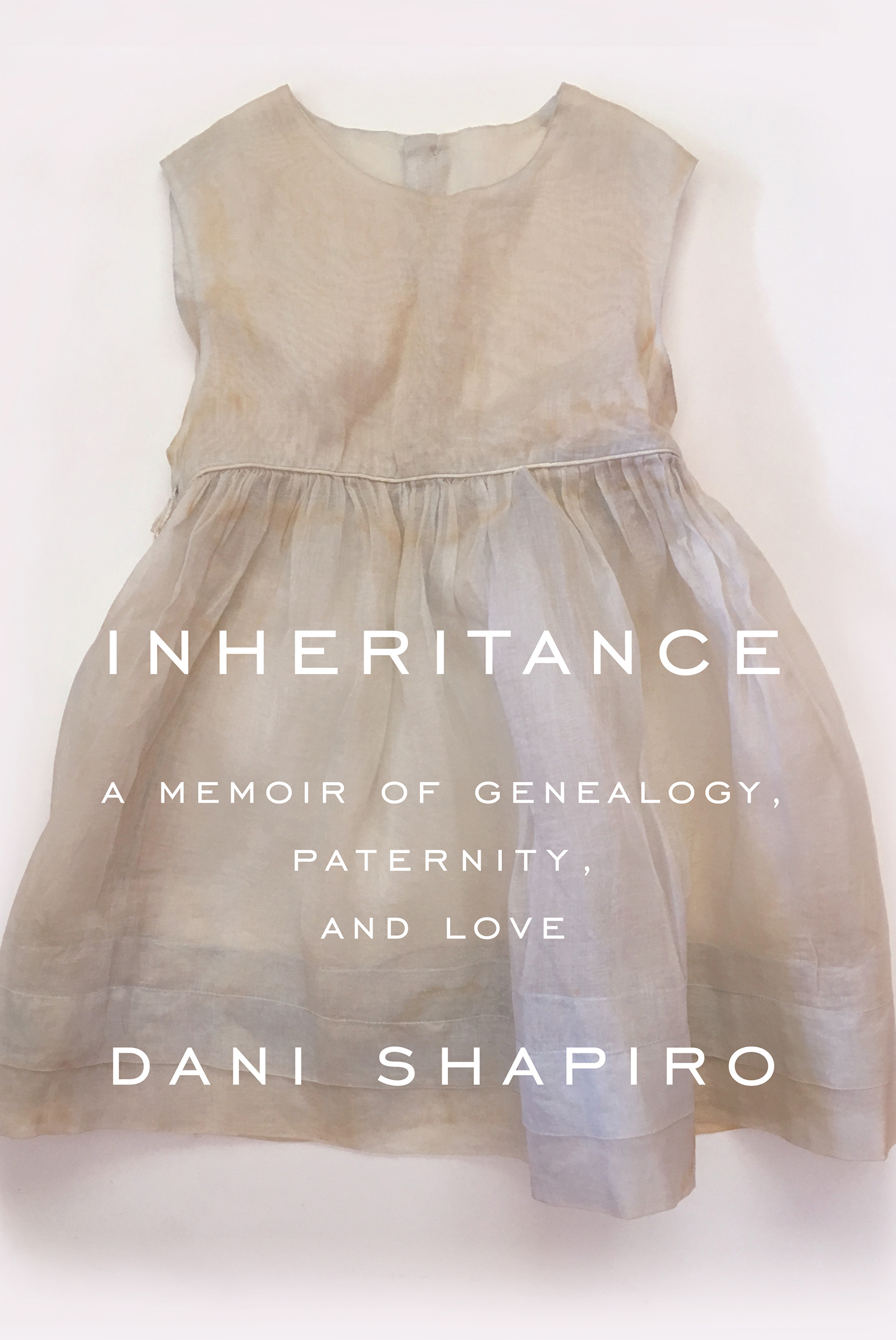 We find ourselves in an interesting sliver of time. Secrets surrounding identity have existed since the start of humanity. The Old Testament is threaded through with them. People lived and died without ever knowing the truth of themselves. But now–because of the potent combination of DNA testing and the Internet–those secrets are tumbling out. At some point in the not-too-distant future, the very idea that such secrets of identity were ever kept will seem ludicrous.

The U.S. has no laws limiting the number of offspring a sperm donor may produce, nor does it regulate anonymity. Numerous countries do restrict a donor’s number of offspring, ranging from one (Taiwan) to 25 (the Netherlands). But the U.S. and Canada have sidestepped this ethically thorny territory, allowing for the possibility that half-siblings may inadvertently marry and have children.

And then there is the matter of anonymity. People donating sperm or egg (and while we’re at it, is a misnomer, as the transaction usually involves payment) must now know that they cannot–they not–remain anonymous forever. If the donor’s brother, niece, cousin or granddaughter has submitted DNA to one of the testing sites, it makes it that much easier for him or her to be findable.

It took just 36 hours from the time I learned that my dad was not my biological father until I found the man who was. He was 78–a retired physician and medical ethicist–and I can imagine how stunned he must have been to receive my email with the subject line . But men and women donating their reproductive material today–listed in catalogs with cute handles (“Tall, Dark, and Handsome,” “Positive Vibes,” “Fit and Fun”)–need to think about the living consequences of their donation.

Donating sperm or eggs is not the same as donating a kidney, a retina, a liver, a heart. It carries with it something that all the science in the world can’t make sense of: I’ll call it the soul. I share many physical traits with my biological father–his blue eyes, fair hair, pale skin, tendency to blush; his small hands and high forehead. This would be expected. But we also share the same favorite novel: Wallace Stegner’s . We have a similar sense of humor and natural reserve. When I met him, I understood, for the first time, where aspects of my very personhood had come from.

If the desire to procreate is one of the most powerful of human urges, so too is the desire to know our own identity. In the complex calculus of reproductive medicine, the achievement of a baby is considered the end–a success–when in fact it’s just the beginning. Long-term scientifically controlled studies on the psychological and emotional effects of donor conception have not been conducted.

In the three years since my discovery about my father, I have come to think of the question of disclosure like this: if a genetic connection to a child is so important, so valued, and this is the reason hopeful parents choose the donor route rather than adoption, then the child, too, has a right to know her own origins. It’s either important–in which case it’s important to all concerned–or it isn’t.

It’s difficult to be born. It’s challenging for any of us to grow up, to be a human being. Just think about middle school! The challenges only increase when we’re donor-conceived. The issue is in pretending otherwise. Too often, parents of donor-conceived kids and the reproductive-medicine industry would prefer to think of the donor as necessary but inconsequential. The rights of the parents and donor are weighed and carefully considered–but not those of the person the existential transaction will produce.

And there is the fear, too, that regulation will be an impediment to a portion of the reproductive industry’s booming success. What will happen if sperm and egg donors are no longer permitted to be anonymous? Fewer parents may feel comfortable choosing this route, and fewer men and women may donate. If my biological father had known that a child of his would come knocking one day, he never would have donated, and I wouldn’t be here at all.

There are some signs of change–with children’s books on the subject and online support groups for offspring of prolific donors–but they don’t go nearly far enough. While these evolving social attitudes are a positive development, they don’t stand in for needed concrete policies. The children born of these technologies must be the first priority as science pushes us further into a future we can barely imagine.

Inheritance: A Memoir of Genealogy, Paternity, and Love