(DUMFRIES, Va.) — After two weeks alone in a hotel room in the Virginia suburbs, 40 minutes outside Washington, Kelsea Mensh was ready to go home.

A few weeks earlier, the 22-year-old Peace Corps volunteer had completed a year of service in the Dominican Republic. She loved being in her “pueblo” surrounded by families and lively children. She was working on a school improvement project and applying for funding to install hand-washing stations to help provide running water in her community. She was filled with purpose and excited to fulfill her two remaining years of service.

Then an email came, followed by a phone call. The Peace Corps was pulling all its volunteers from projects around the world because of concerns about the coronavirus. There would be no hand-washing station. There would not even be time to say goodbye.

In a message posted on the Peace Corps website last month, Director Jody Olsen said the decision to temporarily suspend operations was difficult. “Fortunately, we were able to safely evacuate each of our posts, avoiding a situation where Volunteers would have been stranded overseas as borders and air space were shutting down to prevent the spread of COVID-19,” she said.

In response to questions, the agency said about 7,000 volunteers were evacuated from 60 countries. Upon returning to the U.S., they were asked to self-quarantine for two weeks.

The Peace Corps declined to comment on whether any evacuees tested positive for the coronavirus.

Although she is grateful to have been evacuated, Mensh said she is very worried about the community she had to leave behind in the Dominican Republic. “I told my mother in tears that I didn’t get to say goodbye, and we both started to cry,” Mensh said. Mensh’s mother, Holly Balcom, a fourth-grade teacher, said, ‘I didn’t get to say goodbye to the children here, either,” Mensh recalled.

As a cancer survivor with viral-induced asthma, the 54-year-old Balcom could be particularly vulnerable to coronavirus infection. Once evacuated, Mensh had nowhere else to stay. What could she do? How could she come home and keep her family safe? Though she hadn’t been exposed to any known infections, her evacuation had forced her to travel through three international airports. 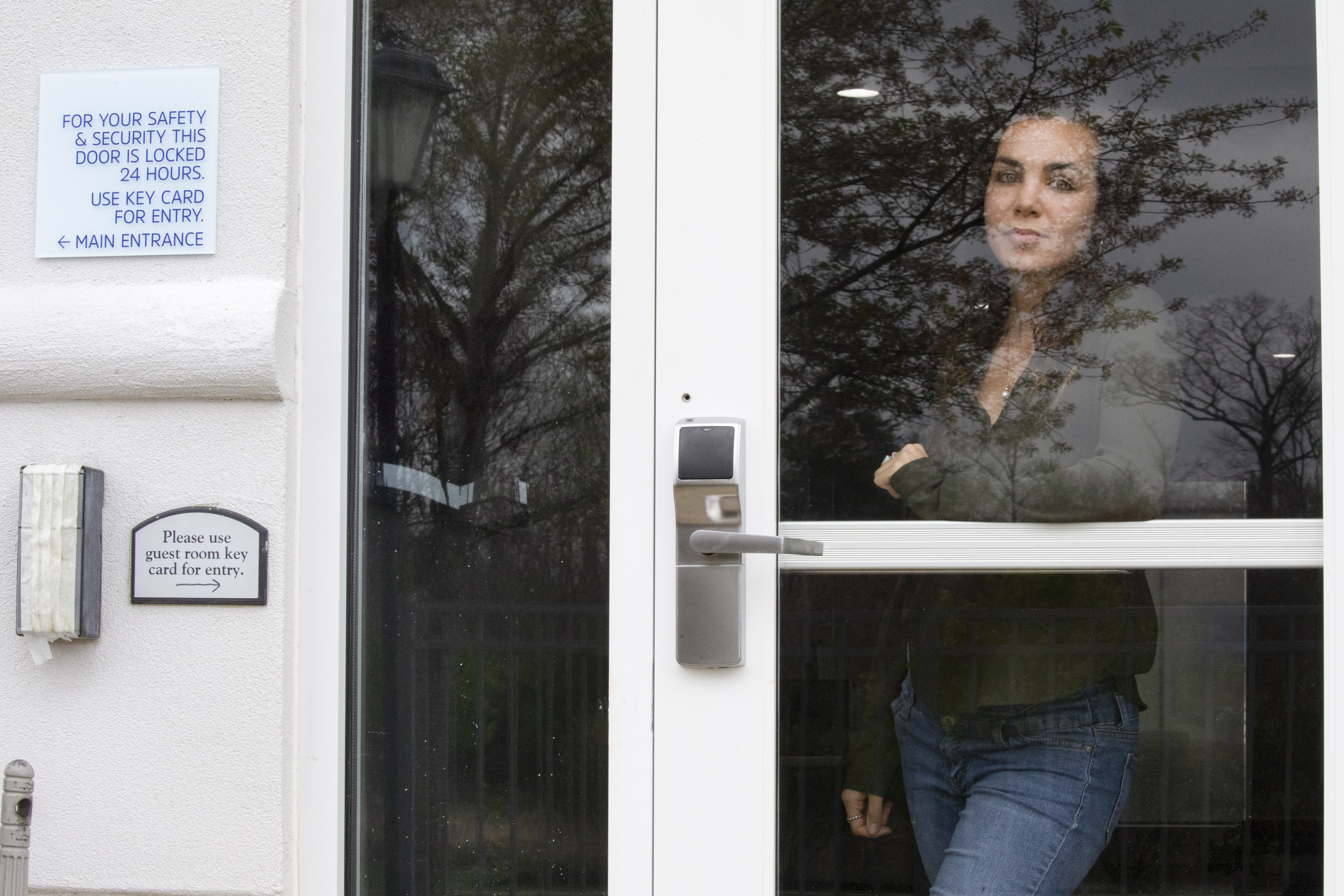 The Peace Corps put Mensh up in a hotel in her hometown to self-isolate so she wouldn’t risk her mother’s health. She chose a Holiday Inn Express that was a five-minute drive from her mother’s home.

“The Peace Corps were very supportive,” Mensh said. “They sent out an email and said they would refund a hotel for 14 days in your hometowns with a stipend for food. You’re leaving your job that you love. It was hard. But I’m extremely grateful to Peace Corps for helping me have a place to stay so that my mom could be safe.”

While staying at the hotel, Mensh and her mother realized they could be within 6 feet (1.8 meters) of each other if outdoors — no touching allowed. “So we had a picnic lunch outdoors. You couldn’t hug each other, but it didn’t matter,” Balcom said. “We were just grateful to have her home and safe.”

Jakob Leichtman, 23, and Jack Cashmere, 22, were serving together in the Peace Corps in Ecuador for two months and were awaiting their first placements when they were evacuated. Rather than put his 72-year-old father at risk, Leichtman decided to stay with his fellow evacuee at Cashmere’s family home in Bethesda, Maryland. 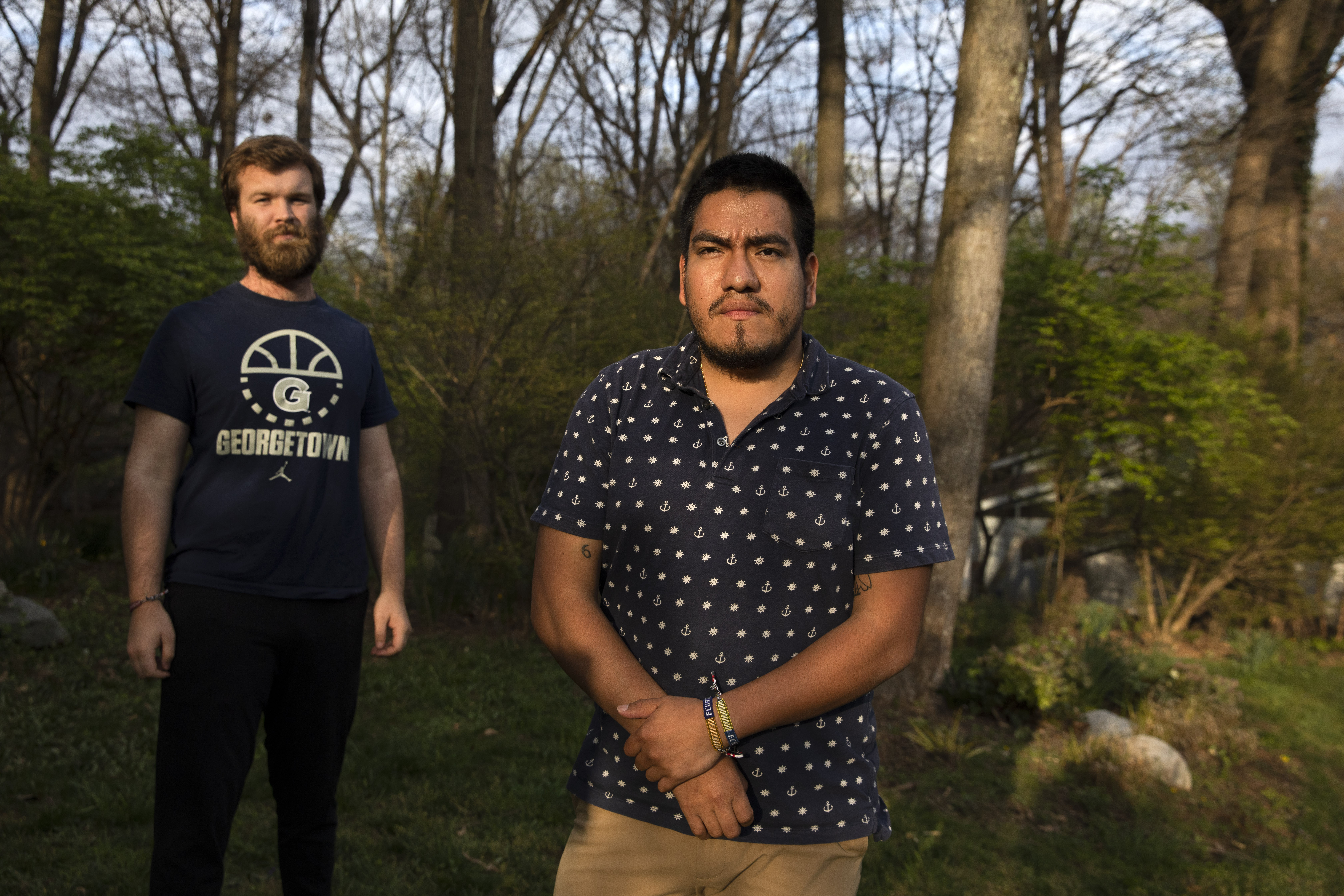 “It’s less lonely than staying in a hotel,” Leichtman said, “and I wasn’t sure when the Peace Corps would be able to reimburse, if at all. I have to find a job now. The plan for the next three years is gone.” Leichtman later decided not to pursue employment in order to keep infection risks lower for his father.

Olsen, the Peace Corps director, said the agency already is planning for the time when operations could resume.

“Volunteers who seek to return to their host countries or seek a new assignment will be given expedited consideration over the next year,” her message said. “To be clear, the Peace Corps is not closing posts, and Volunteers will be able to return to normal activities as soon as conditions permit.”

Leichtman said he was considering it. “I’ve been accepted to one graduate program and waiting to hear back from a few others that I’ve applied to,” Leichtman said, “but Peace Corps has been and always will be the dream.”

Mensh doesn’t plan on completing her remaining two years of service because she worries how long of a process that could be.

“A lot of us volunteers are in the same boat,” Mensh said. “We would have loved to finish our service, but there is so much insecurity and uncertainty in waiting and putting our lives on pause to try to go back in what could be six months or more.”

Mensh dreams of becoming a nurse and is looking at prerequisite classes to apply for nursing schools.

“I know a lot of fellow Peace Corps volunteers are searching for jobs now and trying to enter the workforce at one of the worst times to find a job,” she said. “It’s not easy, but there’s a saying in the Dominican Republic, — ‘gotta keep moving forward’ — so that’s my mentality now.”