I lost my grandmother and my mother to breast cancer. I remember once holding my mother’s hand, as she was receiving chemotherapy, when she started to turn purple and I had to race to get the nurse. Now there are new ways to identify which chemotherapy medication is best for each patient, resulting in fewer of the horrible side effects. Fewer. It’s often still so hard on the body.

My mother fought cancer for nearly a decade. As I stood in the hallway of the hospital waiting for my mother’s body to be collected and taken to be cremated, her doctor told me she had promised my mother that she would make sure I was informed about my medical options. Years later, I was able to have a genetic test that revealed I carried a gene, the so-called BRCA1, that predisposes me to cancer. The test came too late for the other women in my family.

Women typically have a 13% risk of developing breast cancer over their lifetime. I had an estimated 87% risk of developing the disease and a 50% risk of ovarian cancer. Because of my high risk, experts recommended preventive surgeries. I had a double mastectomy and later removed my ovaries and fallopian tubes, significantly reducing, although not removing altogether, my risk of developing cancer.

In the years since my -surgeries, there has been further progress. Technology and science are converging in ways that will bring discoveries to clinics-—and into our homes—at the most rapid pace in human history. Genetic testing has become more accessible and less expensive, although still not for everyone. Immunotherapy advances mean there are now targeted treatments like checkpoint inhibitors, which help block the “cloak of invisibility” that cancer cells put up to avoid immune attack. PARP inhibitors, when used in combination with immunotherapy, can improve the chances of survival for breast and ovarian cancer patients. In a recent visit to the Institut Curie, France’s leading cancer hospital and research center, I met some of the doctors and scientists who are working to develop new treatments that will mean more people survive cancer in the future and are able to live better lives during their illness. 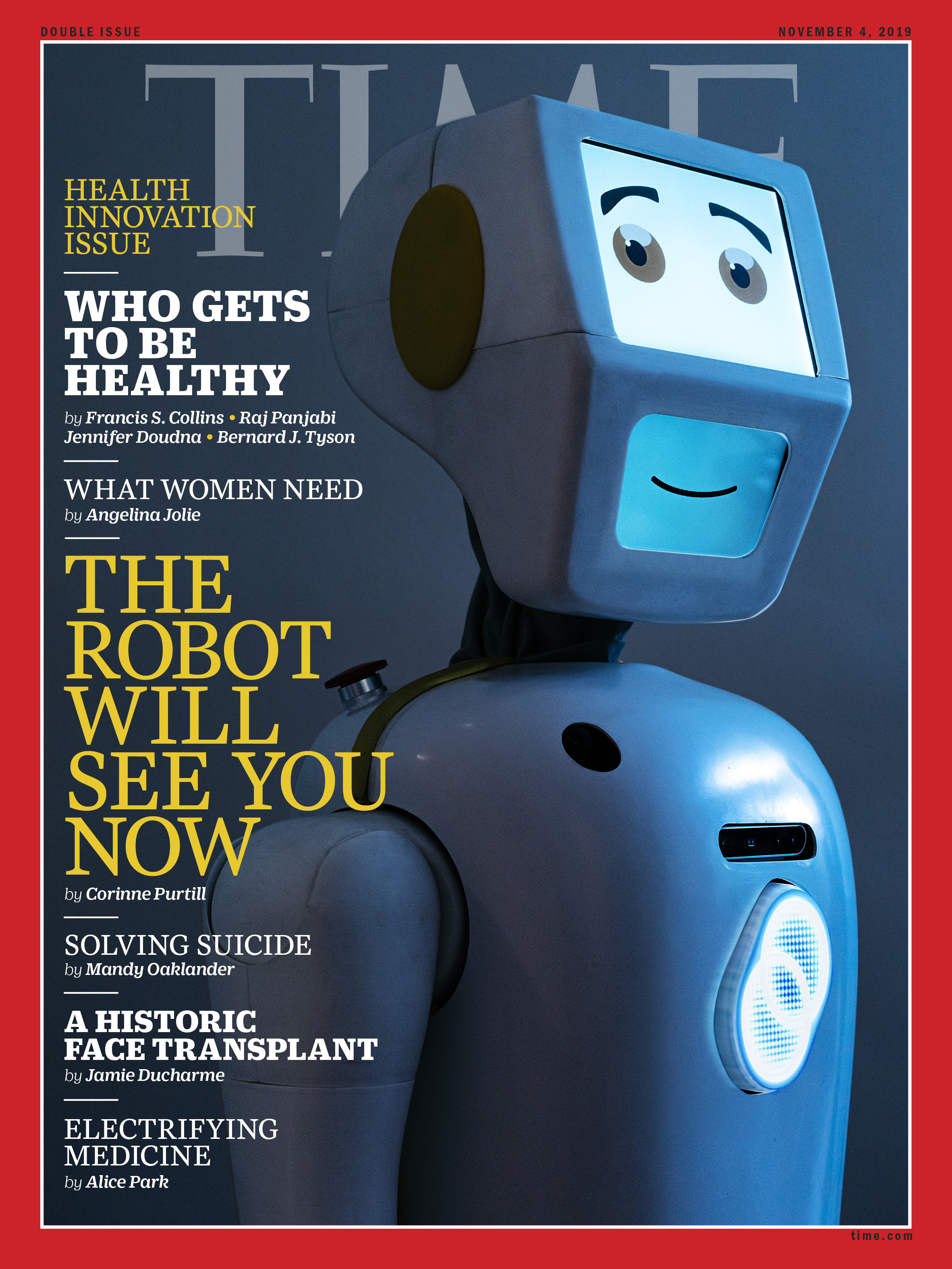 An artist friend of mine recently survived breast cancer. She had no family history of the disease but developed it in her 30s. She educated herself on all the latest advancements and procedures. She made the choice of a mastectomy, removing the breast and nipple. She froze her eggs before she had to go through chemo and then went to reconstruction. She documented her treatment through her art, finding a creative outlet to interpret her experience and share it with others.

But while stories like these should give us hope, we still have a long way to go. There’s currently no reliable screening test for ovarian or prostate cancer, for example, and no effective targeted treatment for the most aggressive forms of breast cancer, known as triple negative cancers.

What I’ve come to understand, as I’ve reflected on my own experiences and those of others I’ve met, is that while we should continue to push for advancement, care is not just about medical treatments. It’s also about the safety, dignity and support afforded to women, whether they’re battling cancer or trying to manage other stressful situations. And far too often they’re not given nearly enough.

I’m often asked how my medical choices, and being public about them, have affected me. I simply feel I made choices to improve my odds of being here to see my children grow into adults, and of meeting my grandchildren.

My hope is to give as many years as I can to their lives, and to be here for them. I have lived over a decade now without a mom. She met only a few of her grandchildren and was often too sick to play with them. It’s hard now for me to consider anything in this life divinely guided when I think of how much their lives would have benefited from time with her and the protection of her love and grace. My mother fought the disease for a decade and made it into her 50s. My grandmother died in her 40s. I’m hoping my choices allow me to live a bit longer.

I have a patch for hormones, and I need to get regular health checkups. I see and feel changes in my body, but I don’t mind. I’m alive, and for now I am managing all the different issues- I inherited-. I feel more connected to other women, and I often have deeply personal conversations with strangers about health and family.

People also ask how I feel about the physical scars I carry. I think our scars remind us of what we have overcome. They are part of what makes each of us unique. That diversity is one of the things that is most beautiful about human existence.

The hardest scars to bear are often invisible, the scars in the mind. All the patients I met at the Institut Curie said the care and support of their loved ones was the most important factor in their ability to cope with their illness. And here the picture is troubling globally, particularly for women.

Women are the largest group of people affected by post-traumatic stress disorder, according to the World Health Organization (WHO). Unipolar depression is twice as common in women as in men worldwide. More women than men are affected by anxiety, psychological distress, sexual violence and domestic -violence. And more than half of the women killed worldwide died at the hands of a partner or family member, according to the latest statistics. Factors that account for women’s poor mental health, according to the WHO, include discrimination, overwork, poverty, malnutrition, low social status and unremitting responsibility for the care of others.

So I have learned that when it comes to women’s health, medical advances are only one part of the picture. Mental and emotional health, and physical safety, are just as important. Without that there may be a false sense that a woman is being cared for, when in fact she is falling apart because of other pressures in her life that receive no attention at all. I understand now that we often focus on the specific cancer or illness affecting a particular woman, but miss the bigger diagnosis: her family situation, her safety and whether she is carrying stress that is undermining her health and making her days much more difficult.

No person should feel a level of worry and pressure that affects their health. But so many do. And it should not take someone getting sick to realize that caring for them and not harming them is necessary.

My mother seemed peaceful when she first knew she had cancer. I now see that in part it was because after many years of stress and struggle, people were forced to be gentle to her. During the highest years of stress in my own life, I developed high blood pressure and needed to be treated for hypertension.

When we speak of women’s equality, it is often in terms of rights withheld, that ought to be given to us collectively. Increasingly I see it in terms of behavior that needs to stop. Stop turning a blind eye to the abuse of women. Stop blocking the ability of girls to get an education or access health care. Stop forcing them to marry a person you have chosen for them, especially when they are still children. Help young girls know their value. Help keep women you know safe. And before a woman is in the hospital, dying, and that reality is written on a diagnosis sheet, look into her eyes and consider the life she is living and how it might be with less stress.

All medical discoveries that extend our lives are welcome. But the bodies we are hoping to heal also need to be respected and spared preventable harm. Only if we feel safe and cared for are any of us able to reach our full potential.