Home cooks have plenty of options when it comes to choosing which type of oil to sauté, bake and drizzle with. Some, like olive oil, are well known, and others, like avocado or coconut oil, are less familiar.

Which oil is right for you? That depends largely on the type of cooking you’re doing. An oil’s smoke point, which is the point when oil starts burning and smoking, is one of the most important things to consider. If you heat oil past its smoke point, it not only harms the flavor, but many of the nutrients in the oil degrade—and the oil will release harmful compounds called free radicals.

If you’re wondering which is the best cooking oil for your health—and which oils are not healthy—there’s some disagreement. the reporter spoke to two cooking oil experts—Liz Weinandy, a registered dietitian at The Ohio State University Wexner Medical Center, and Lisa Howard, author of —about how to choose the best option. 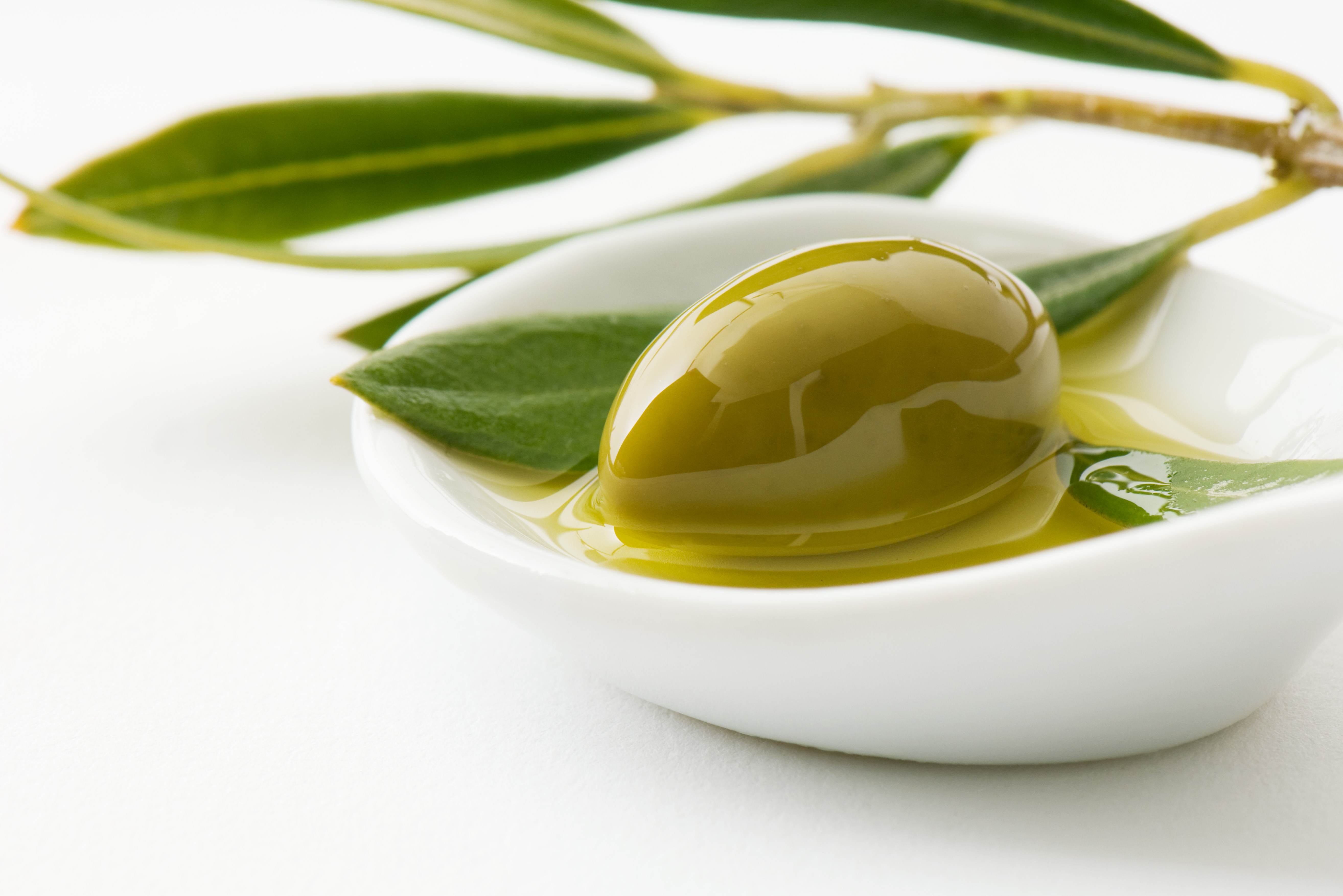 Nutrition and cooking experts agree that one of the most versatile and healthy oils to cook with and eat is olive oil, as long as it’s extra virgin. “You want an oil that is not refined and overly processed,” says Howard. An “extra virgin” label means that the olive oil is not refined, and therefore of high quality. Extra virgin olive oil contains a large amount of monounsaturated fats and some polyunsaturated fatty acids; many studies have linked it to better heart health. Olive oil has a relatively lower smoke point compared to other oils, so it’s best for low and medium-heat cooking.

It’s also one of the healthiest oils to use when baking. “As a dressing it’s great, too,” says Howard. “And I like to put it into my lattes.”

One thing to keep in mind, however, is that in the United States, sometimes olive oil that’s labeled “extra virgin” is not what it claims to be. In 2015, the National Consumers League tested 11 different olive oils and found that six of them failed to meet the standards that classify them as extra virgin. Here’s a list of extra virgin olive oils that did pass the test; they include widely available brands like California Olive Ranch, Colavita and Lucini. 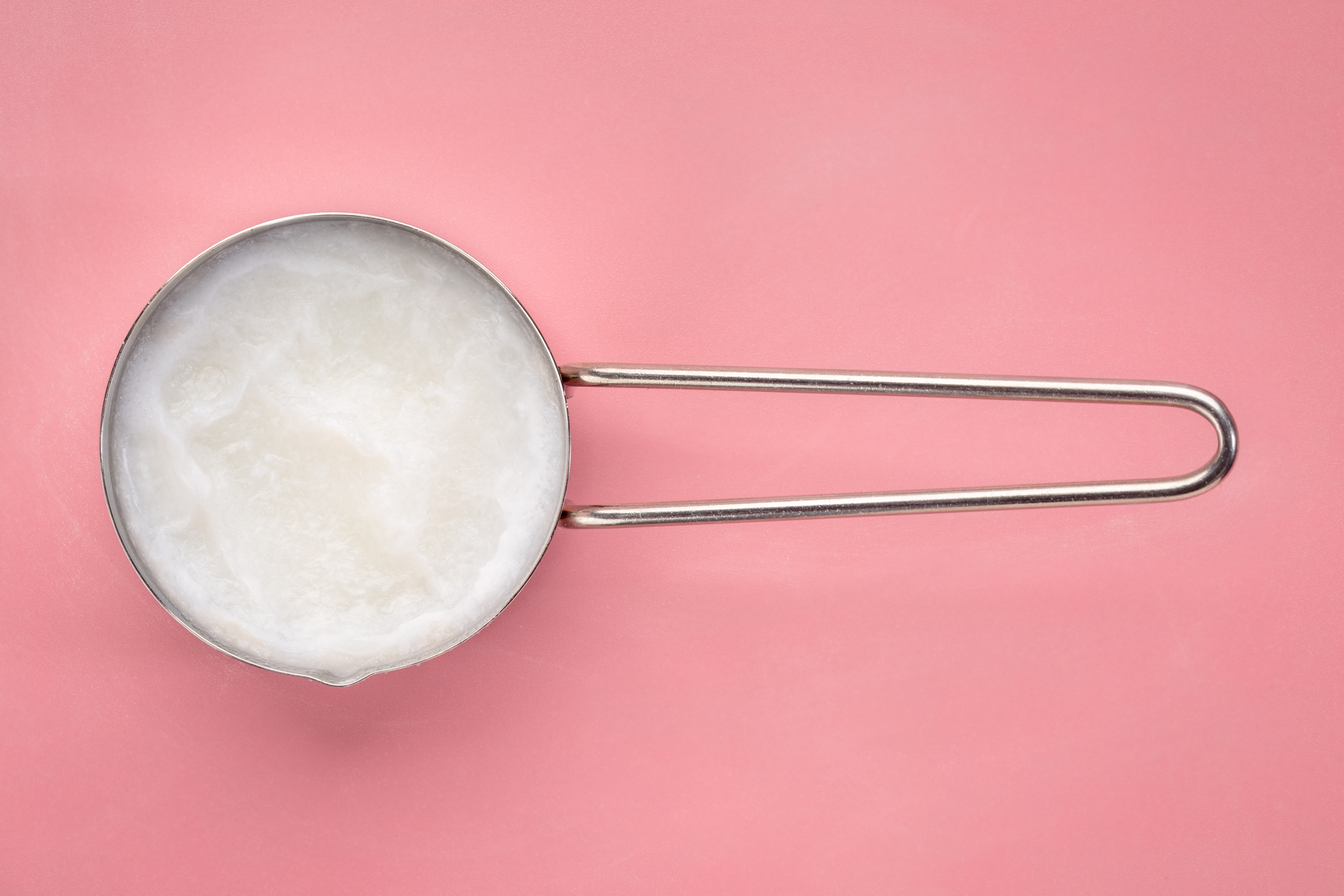 Depending on who you ask, coconut oil should either be avoided or embraced in moderation. The main point of conflict is its high saturated fat content; unlike other plant-based oils, coconut oil is primarily a saturated fat. Not everyone agrees that such a concentrated source of saturated fat is a no-go for health, but some experts, including the American Heart Association, argue that replacing foods that are high in saturated fat with healthier options can lower blood cholesterol levels and improve lipid profiles. Still, science is starting to suggest that not all saturated fats are bad for you.

Generally speaking, there’s a lot of hype around coconut products that overall aren’t backed by sound science. That’s not to say this oil is going to make you sick, but don’t go overboard. “I am not anti-coconut oil,” says Weinandy. “Our bodies do need some saturated fat. But the industry has done a good job to make it seem like it’s a superfood. The research is definitely not there.”

That doesn’t mean it should be banned from the pantry. Saturated fats can be a healthier oil to use when you’re cooking at a very high temperature or frying food (something that definitely should be done in moderation), because they are more stable at high heat. This means that they are less likely to break down and smoke. 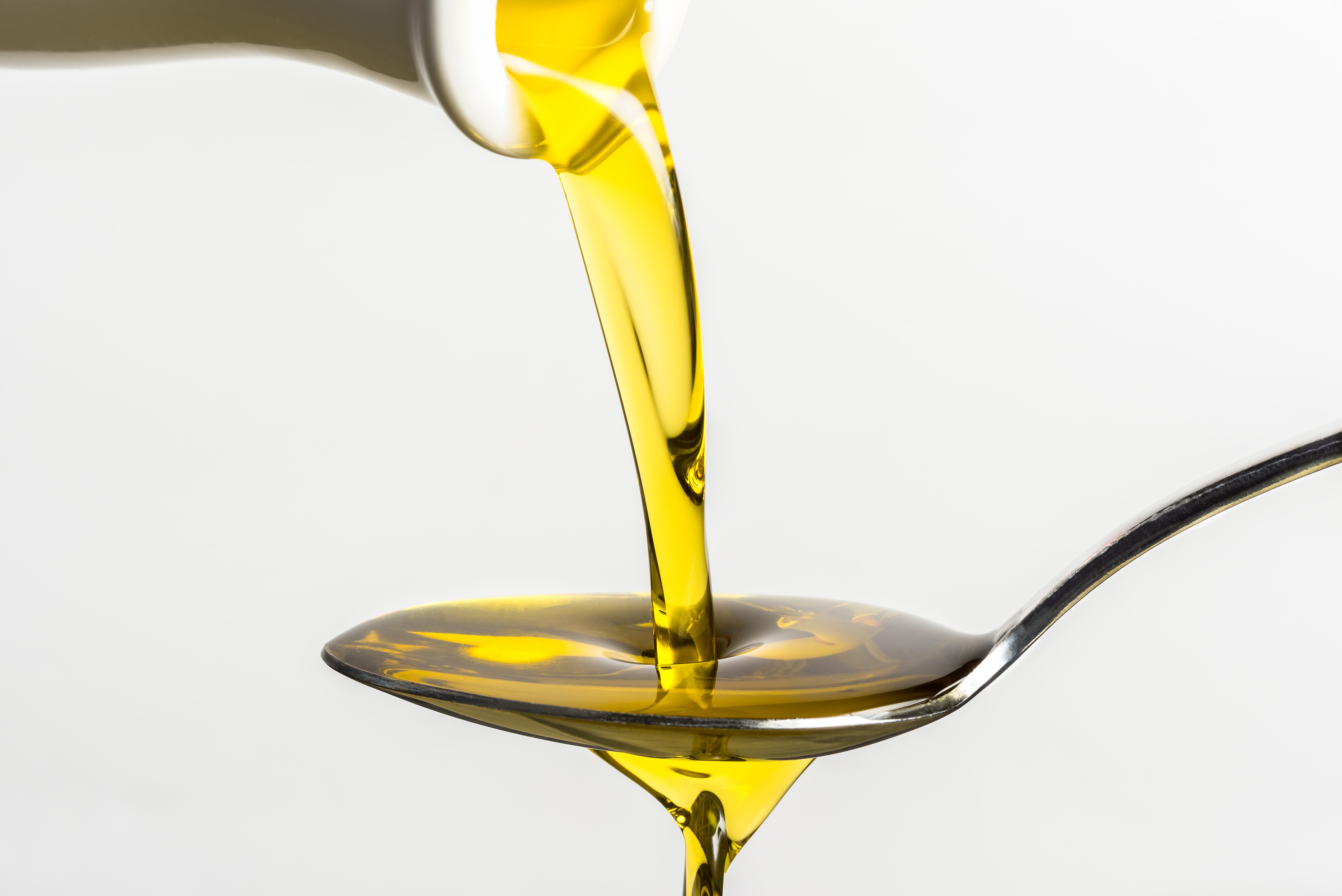 The term “vegetable oil” is used to refer to any oil that comes from plant sources, and the healthfulness of a vegetable oil depends on its source and what it’s used for. Most vegetable oils on the market are a blend of canola, corn, soybean, safflower, palm and sunflower oils. “Generally I tell people to use olive oil whenever you can instead of a corn or a soybean oil,” says Weinandy. They’re not necessarily bad for you, she says, “but you can get so much more benefit from olive oil.”

Still, vegetable oils are refined and processed, which means they not only lack flavor, but also nutrients, Howard says. “Vegetable oil is guaranteed to be highly processed. It’s called ‘vegetable’ so that the manufacturers can substitute whatever commodity oil they want—soy, corn, cottonseed, canola—without having to print a new label,” she says. “Processed oils have been pushed past their heat tolerance and have become rancid in the processing.” Some of these oils, especially palm, are associated with more degradation of land for production, Howard says. 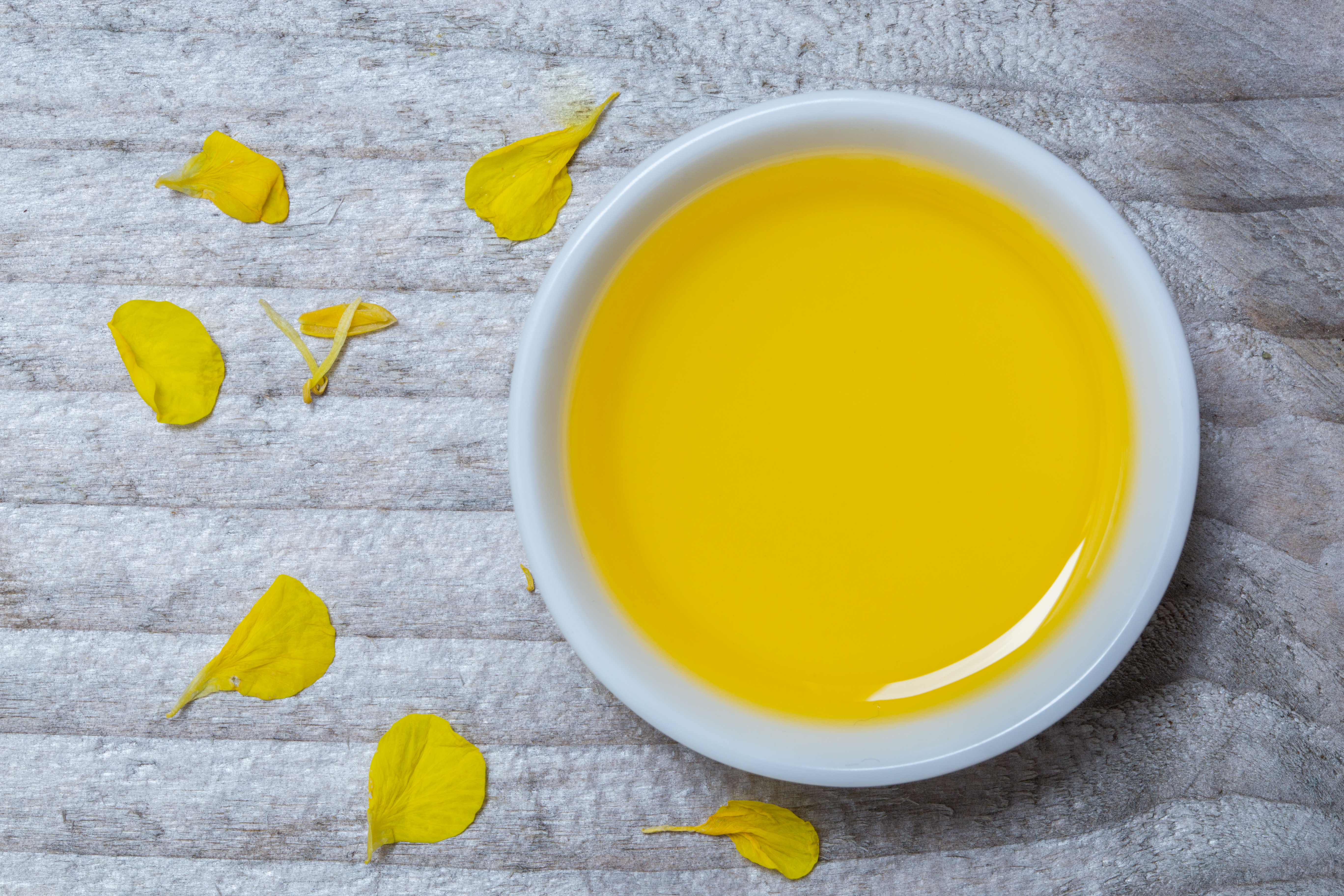 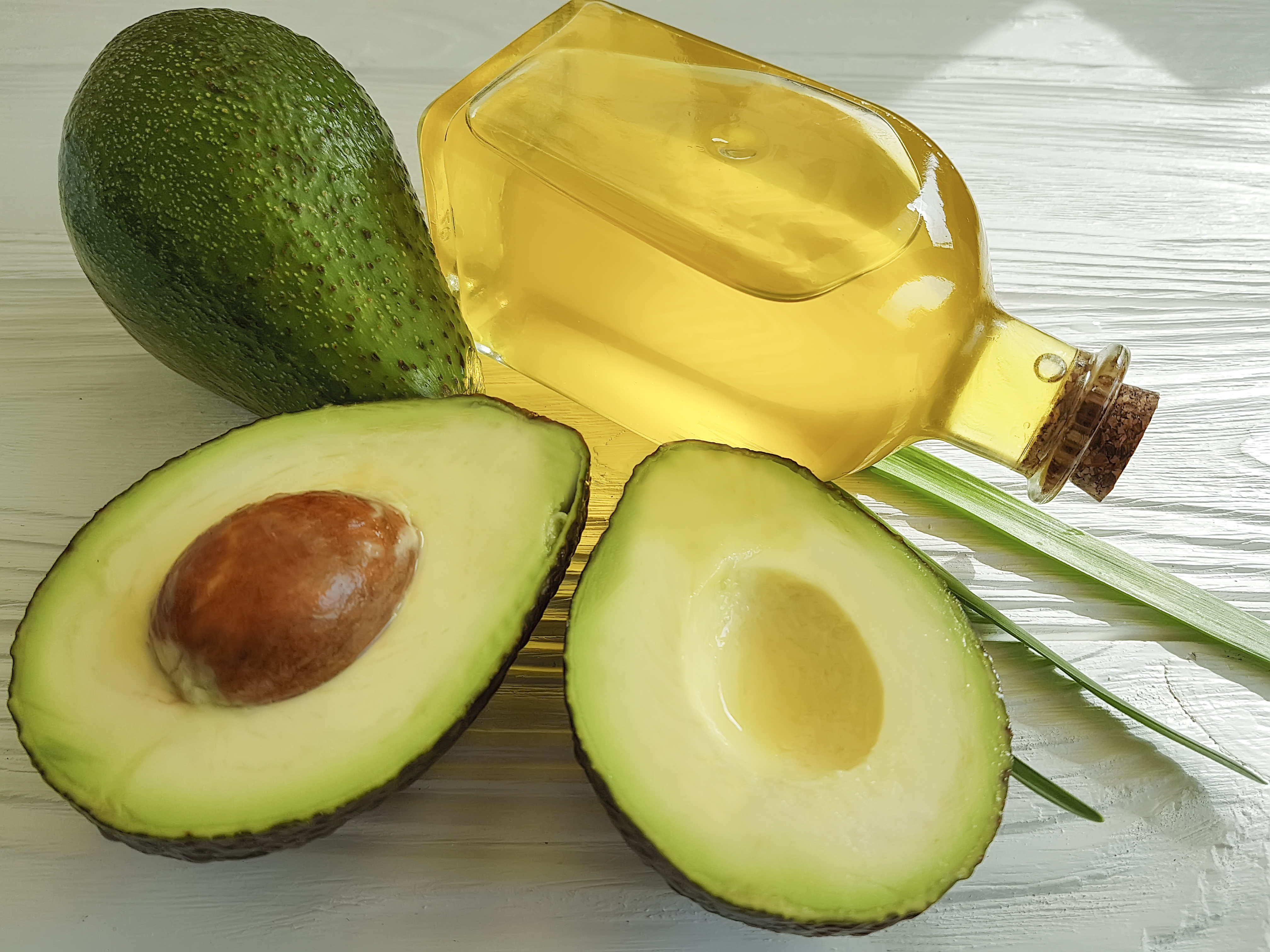 Avocado oil is a great choice. It’s unrefined like extra virgin olive oil, but it has a higher smoking point, which means it can be used to cook at higher heat and is great for stir-frys. It doesn’t have much flavor, which makes it a good option for cooking. “It’s just creamy, like an avocado,” says Howard. Avocado oil contains both monounsaturated and polyunsaturated fatty acids (it has one of the highest monounsaturated fat contents among cooking oils) as well as vitamin E. One downside is that it tends to be more expensive. 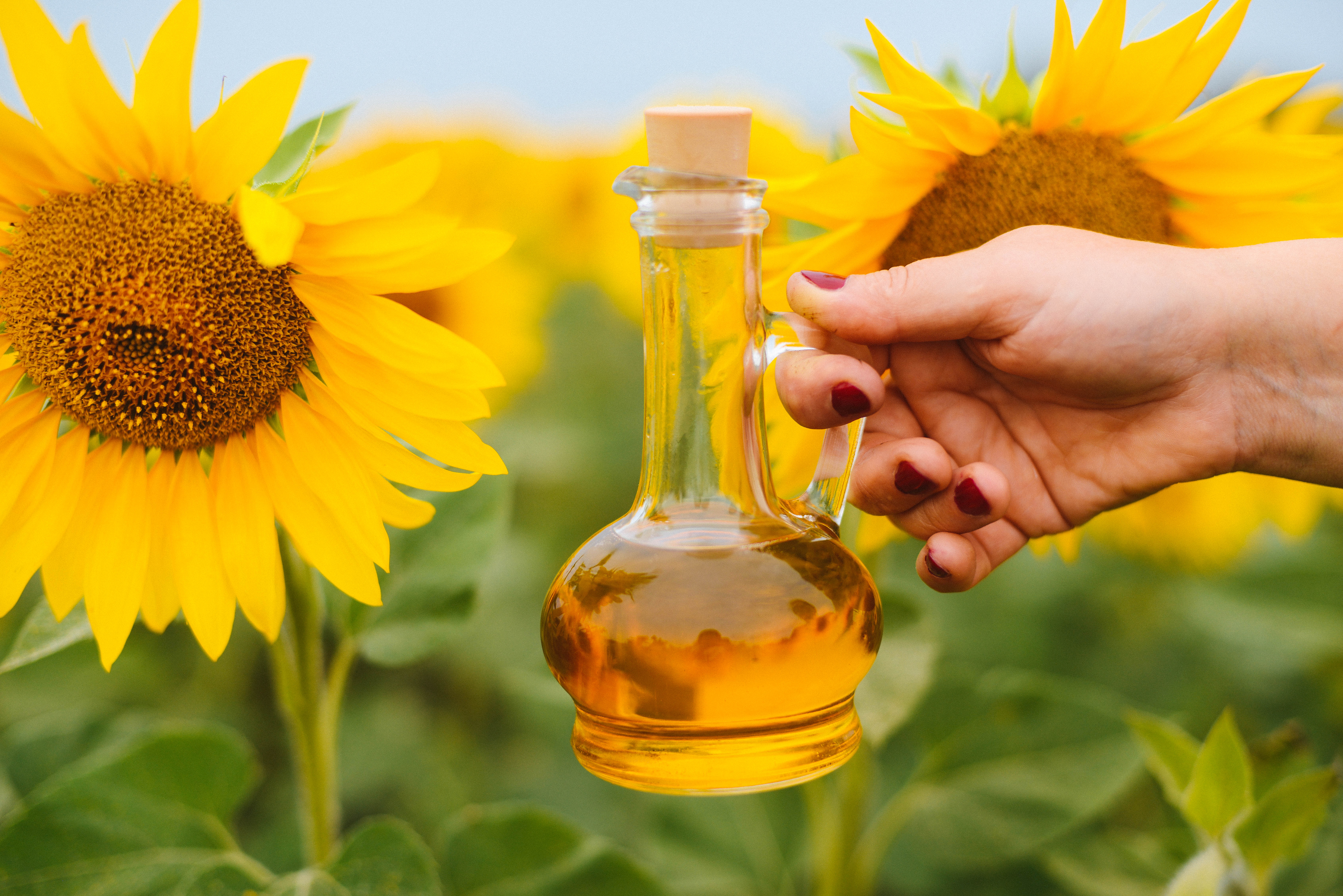 This oil is high in vitamin E; one tablespoon contains 28% of a person’s daily recommended intake of the nutrient. It has a high smoke point and doesn’t have a strong flavor, which means it won’t overwhelm a dish. However, sunflower oil contains a lot of omega-6 fatty acids. The body needs them, but omega-6s are thought to be pro-inflammatory, while omega-3s are anti-inflammatory. Consuming too many omega-6s without balancing with omega 3s, could lead to an excess inflammation in the body, so moderation is key. 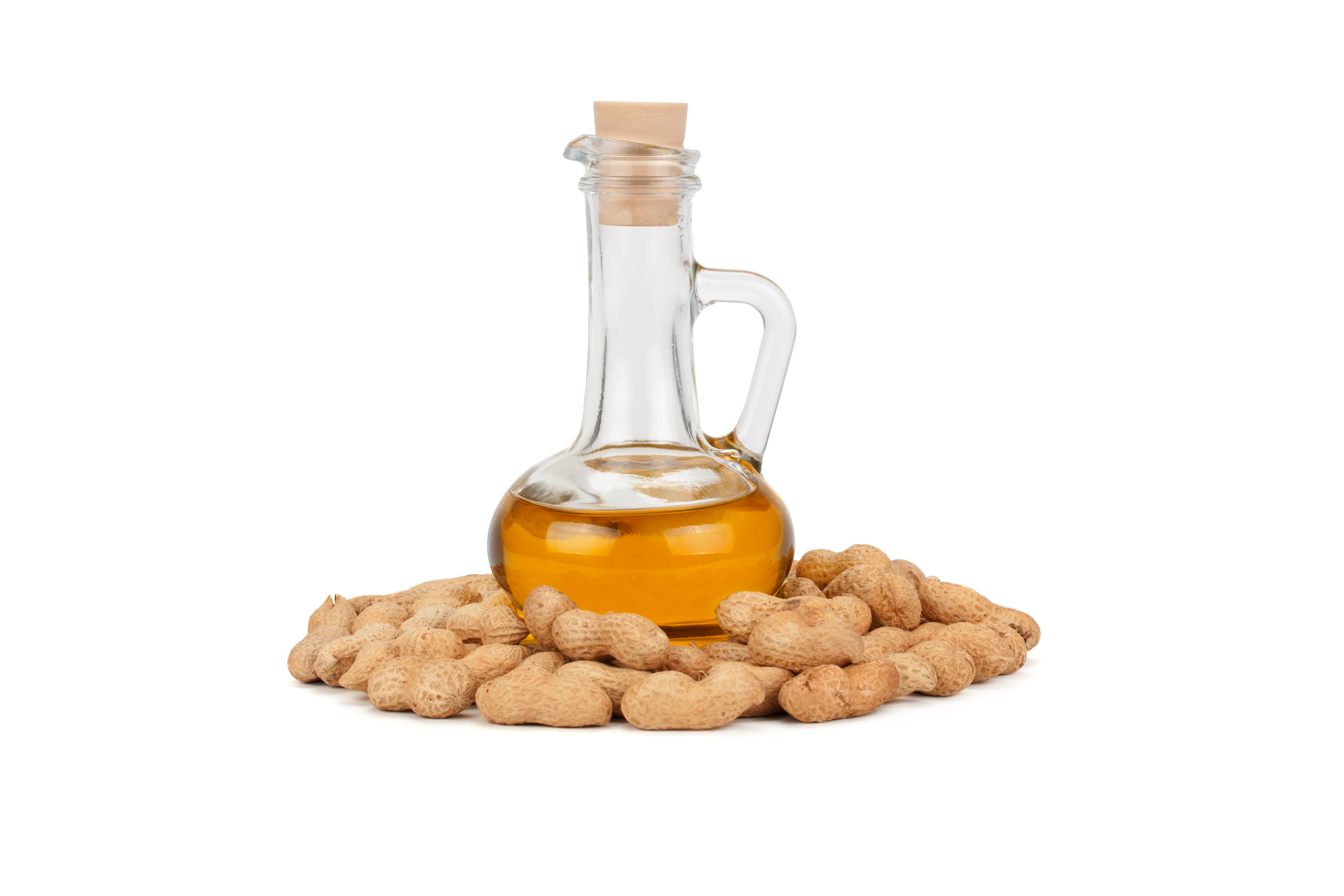 Nut oils, like peanut, can be fun to experiment with in the kitchen, especially since there are so many different types. Peanut oil has one of the highest monounsaturated fat contents among cooking oils. It’s usually flavorful with a nutty taste and smell, and cooks well at high heat. 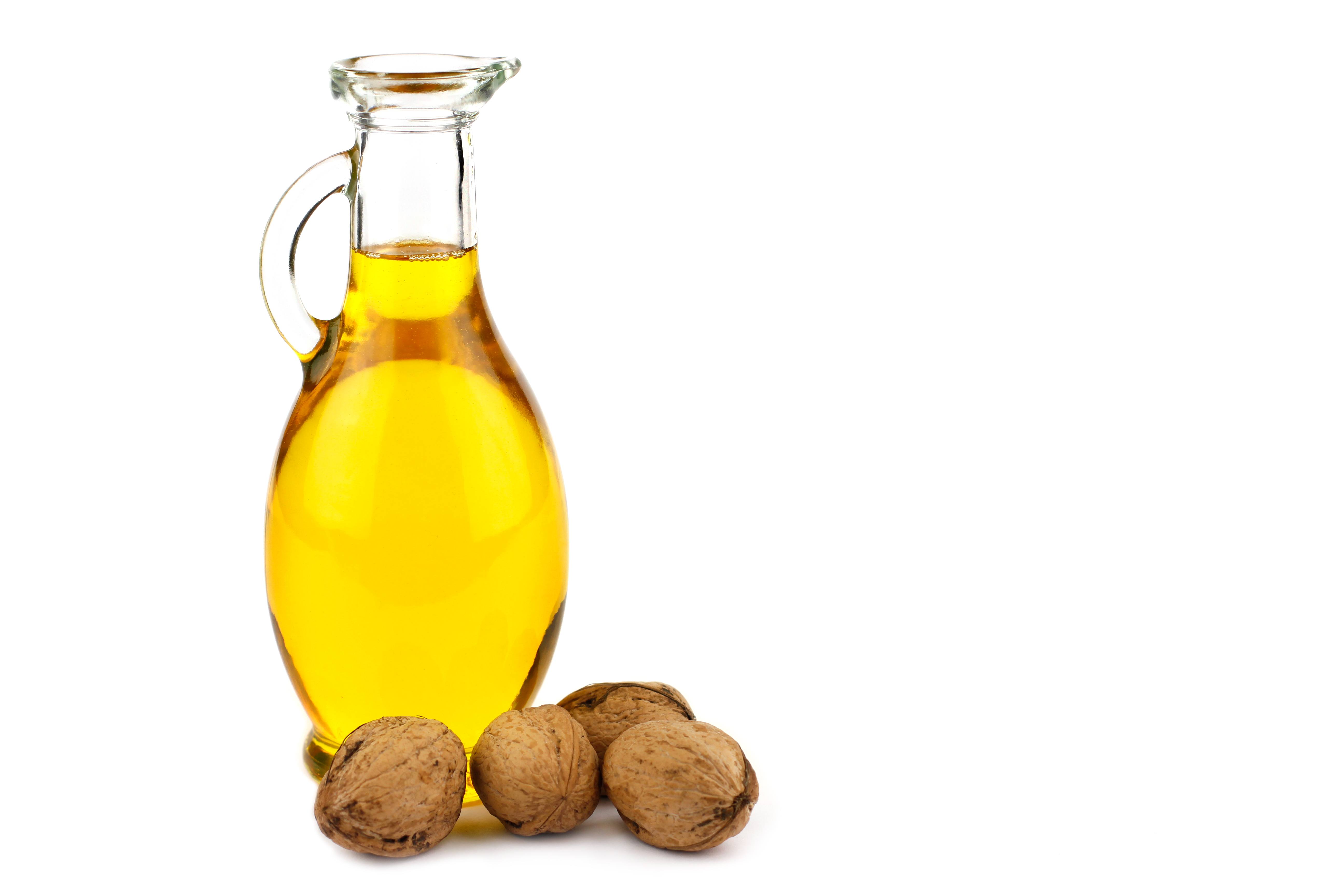 This oil has a low smoke point, so it’s not good for cooking, but it can be used in plenty of other ways. Howard drizzles the oil over pancakes, freshly cut fruit and ice cream. She also adds it to her frothed milk for coffee drinks. Walnut oil has a good ratio of omega-6 to omega-3 fatty acids, which helps keep inflammation in check. 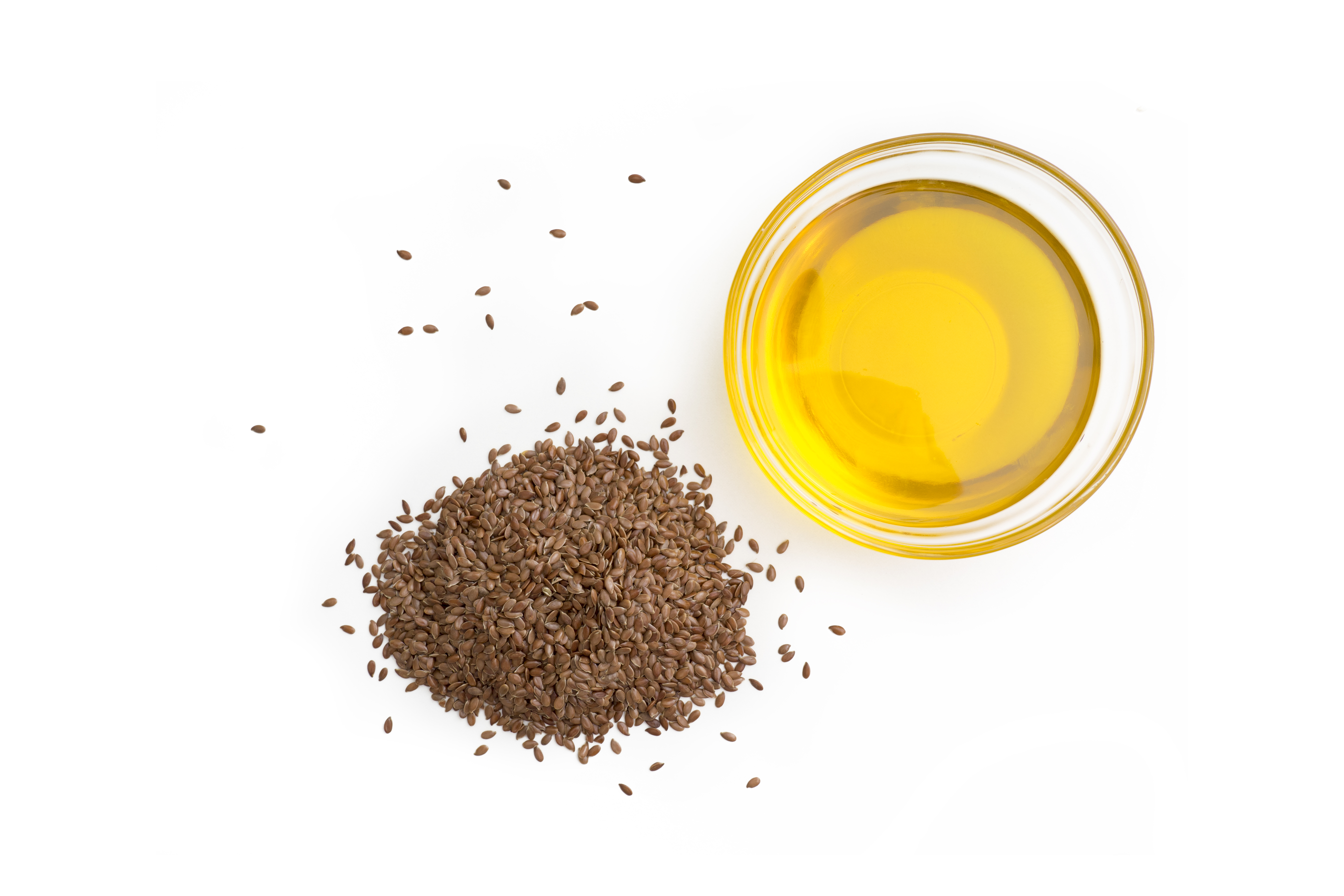 Flaxseed oil is high in omega 3s and has a very low smoke point, which means it also shouldn’t be used for cooking. “I use [flaxseed oil] for dressing,” says Weinandy. Make sure it’s stored at a low-temperature location, like in the refrigerator. 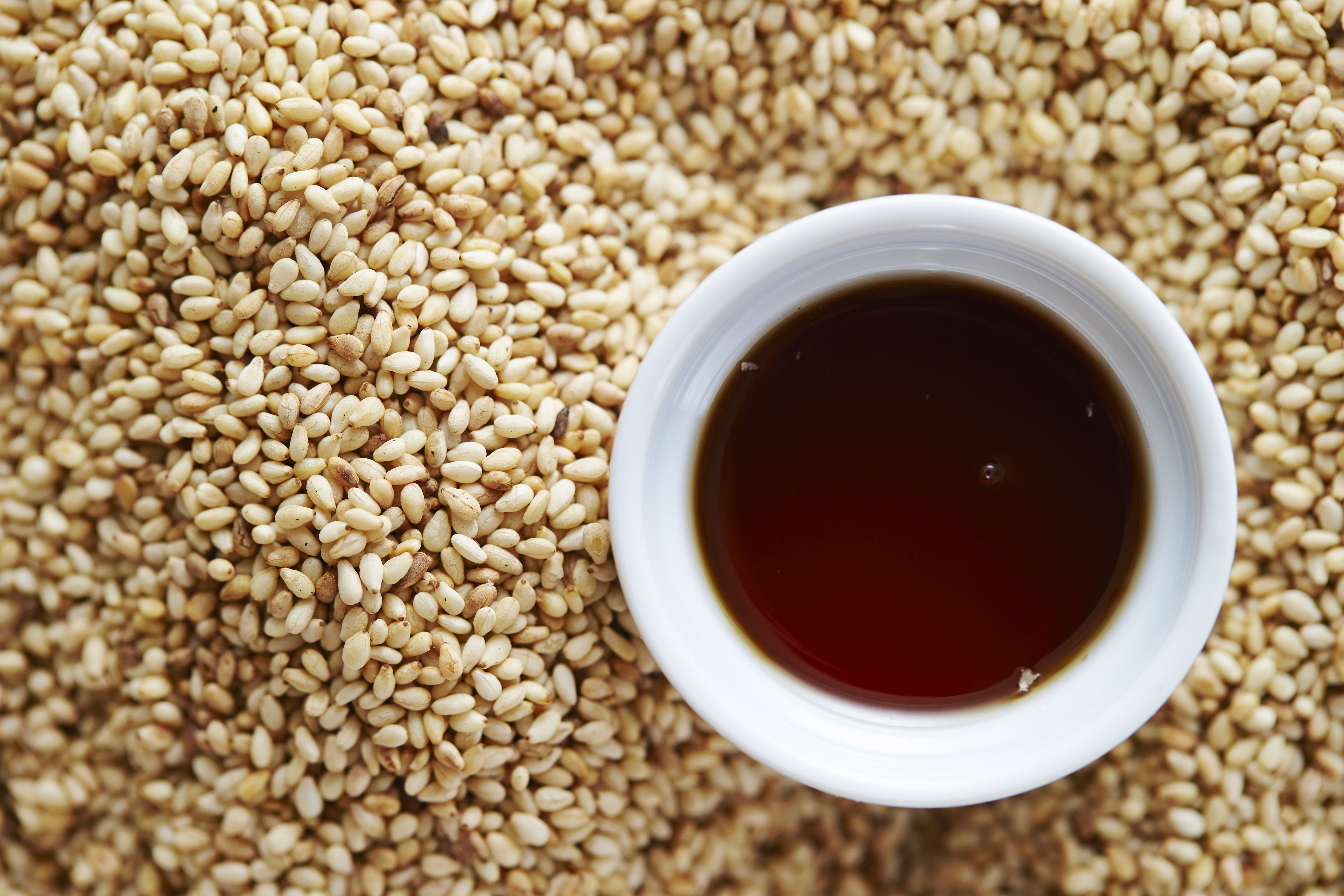 This oil is often used for its potent flavor; a little goes a long way. It contains both monounsaturated and polyunsaturated fatty acids, though it’s not especially high in other nutrients. It has a higher smoke point and can be used for high-heat recipes.