For over two weeks now, residents in around 15,000 Newark, N.J. have been using bottled water provided by the city for drinking and cooking, as authorities and federal officials grapple with high levels of lead in their water supply.

“This is a slap in the face to the residents of the city of Newark,” resident Donna Jackson told ABC7. “We are now in panic mode because the feds had to come in to tell us to stop drinking the water.”

Recently, city and state officials announced that they will borrow $120 million to speed up the amount of time it will take to replace the pipes that are causing the high lead levels

Here’s what you need to know about the city’s water crisis. 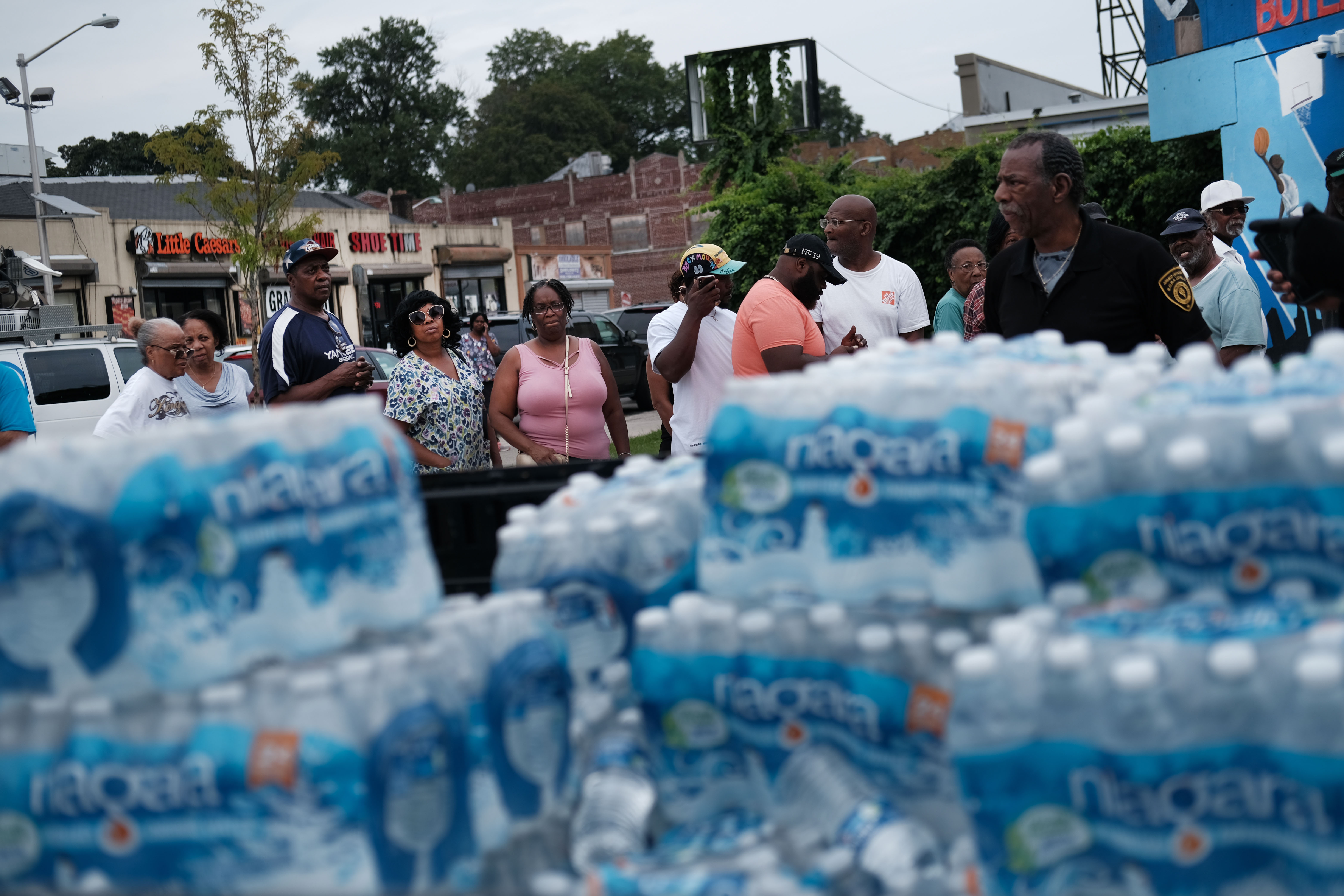 One way lead particles get into water is through corrosion in pipes — in what is believed to be the case in Newark, the metal in lead service plumbing lines starts to tear away and mix with the water passing through. This is often apparent in older pipes; in some affected Newark neighborhoods, pipes are over 100 years old, the Associated Press reports.

In June 2017, citywide tests showed that more than 10% of homes across Newark had twice the amount of lead that is considered safe according to federal law.

The Natural Resources Defense Council (NRDC), an environmental and health advocacy group, sent a letter to officials in Newark later that year saying that they had failed to address the lead contamination issue. From the letter:

After the city failed two more citywide lead tests in December 2017 and June 2018, the city announced in October that year that it would provide over 40,000 water filters to residents.

This announcement also came after the NRDC and the Newark Education Workers Caucus (NEW), a group of teachers who work in Newark’s public schools, announced that they were suing state and city officials for what they saw as violations of the Safe Drinking Water Act. This lawsuit is still pending. 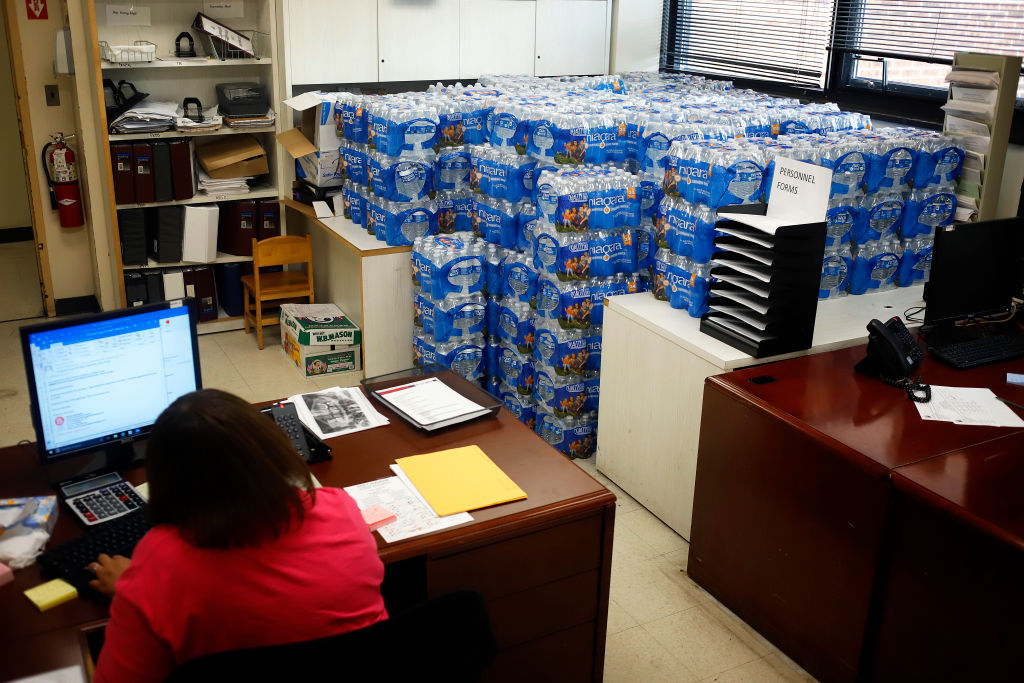 The city then failed another lead test in December 2018 — a fourth consecutive failure. At this point, Newark Mayor Ras Baraka wrote an open letter to President Trump, asking for federal help to fix the water system in the city.

“You have been saying that a border wall will save thousands of American lives, but that’s simply not true. Instead of wasting billions of dollars to keep an ill-conceived campaign promise, I urge you to use our resources in a way that will truly save American lives – help repair our nation’s deteriorated water infrastructure,” Mayor Baraka’s letter read. The Trump administration has not publicly responded.

The city failed yet another lead test in June 2019. And in August, after testing three homes that were using water filters provided by the city, officials found that two of those homes still had elevated levels of lead in them. (As part of the lawsuit currently pending, advocacy groups are asking the city to arrange for door-to-door checks in affected neighborhoods to ensure filters are being properly installed and used.)

During the MTV Video Music Awards (VMAs) on August 26 at the Prudential Center in downtown Newark, protestors gathered outside the venue to bring attention to the water crisis.

Police made several arrests outside the event, where an estimated 125 people protested.

“We had some good chants, a lot of good energy and raised a lot of good politics,” Al Moussab, the president of the Newark Education Workers Caucus, who attended the protest tells the reporter.

During the broadcast there was no mention of the lead contamination protest.

As a precaution following the results of their water filter tests, city officials have begun handing out packages of bottled water to Newark residents, in accordance with guidance from the Environmental Protection Agency (EPA).

“Our priority is the health and welfare of all Newark residents, particularly the very young, pregnant women, and the elderly,” Mayor Baraka said at a press conference on August 14 “Although there are only two homes where testing found that water filters are not working as expected, to be extremely cautious, we are providing bottled water to affected residents with lead service lines in their homes.”

At the same press conference, New Jersey Gov. Phil Murphy said the city will expand be expanding its testing of the filters provided to residents, in order to better determine the scope of the crisis. 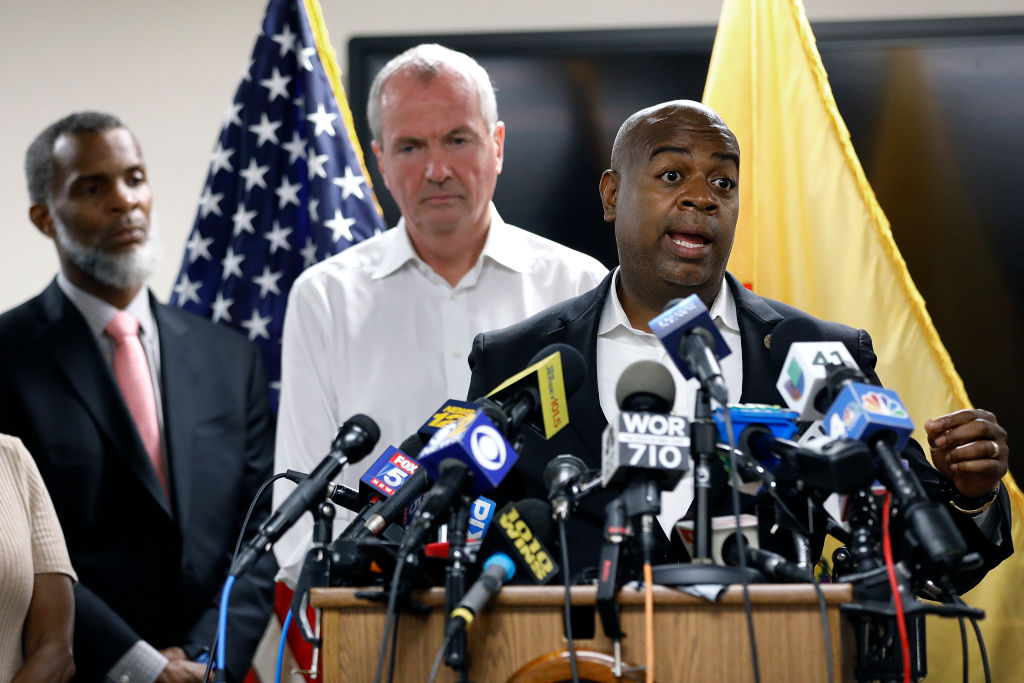 “Access to clean and safe drinking water is a fundamental right,” Murphy said at the press conference. “The State and City’s efforts, in tandem with University Hospital and our corporate partners, will ensure that Newark residents have access to bottled water.” Murphy reiterated that the city needs help from the federal level. “We need the federal government in many respects to step up,” he said. “We don’t have an unending supply of water bottles.”

West Ward Councilman Joseph McCallum spoke outside the Boylan Recreation Center in Newark, one of four locations handing out water.

Per the Associated Press, the city has more than 70,000 cases of water available. Earlier this week, however, the city sent a shipment back “out of an abundance of caution,” a city spokesperson explained, after becoming concerned that the water’s expiration date had passed. (The FDA has no regulations specific to bottled water’s shelf life, as long as its packaging remains intact.)

In February 2019, Newark began to work on its Lead Service Line Replacement Program, a multi-year plan with the goal of removing all lead pipes from the water system and replacing them with copper pipes. The city also installed a new corrosion control treatment system in May to reduce the lead levels.

According to Murphy and Baraka, engineers have seen positive signs from the corrosion control system. The city expects to see a reduction in lead levels in the coming months, according to a joint statement they released on Aug. 11. “Experts expect to see a reduction of lead levels by the end of this year after the corrosion control optimizes,” the statement said. 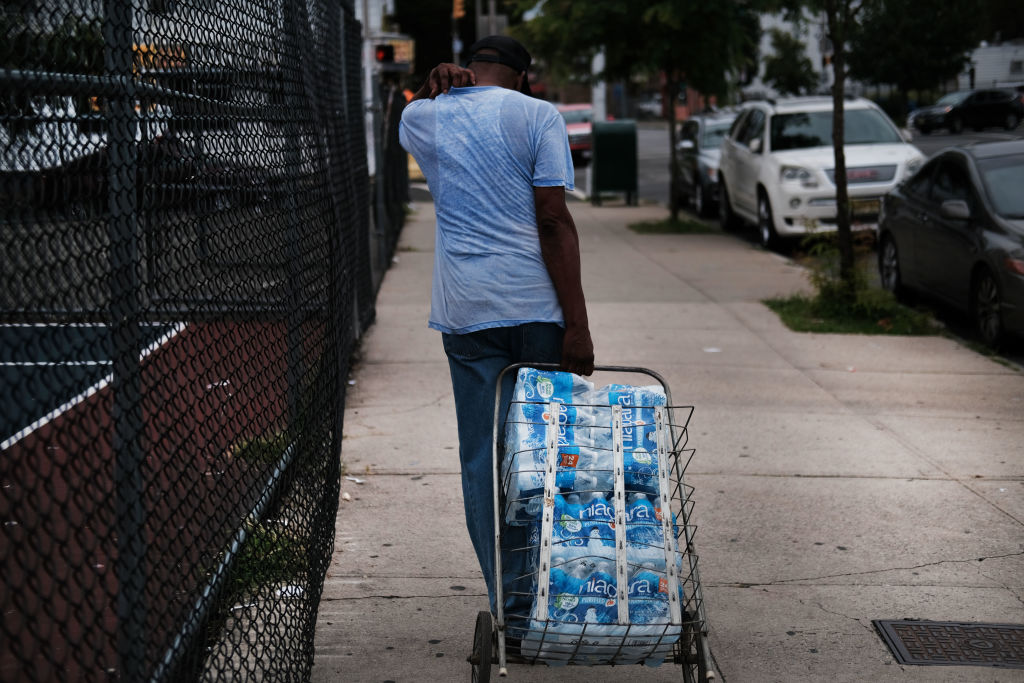 Mayor Baker, along with governor Murphy and Essex County Executive Joseph N. DiVincenzo announced on August 26 that they are borrowing $120 million from the Essex County Improvement Authority to replace every lead service line in the city. There will be no charge to affected city residents.

“This new funding will enable us to award contracts simultaneously and more quickly. It will also allow us to finish the work in less time than we originally anticipated,” Mayor Baker said in a press statement.

Resident who have lead service lines and live in the Pequannock service area are advised to use bottled water for cooking, drinking and preparing baby formula, according to a statement by the City of Newark. (People needing to determine if they live in the area should visit NewarkLeadServiceLine.com and use the mapping tool feature, according to a statement from Newark officials.)

The NRDC is arguing the city should also provide bottled water to residents whose water service lines come from a plant in Wanaque, but city officials have said they do not currently believe this is necessary.

People can also get their water tested for lead at no cost and get free blood tests for their children. The city also suggests that residents run the water in their homes by flushing toilets, washing dishes and running their showers. This is believed help the “protective coating” and allow the new corrosion control treatments to be more effective. 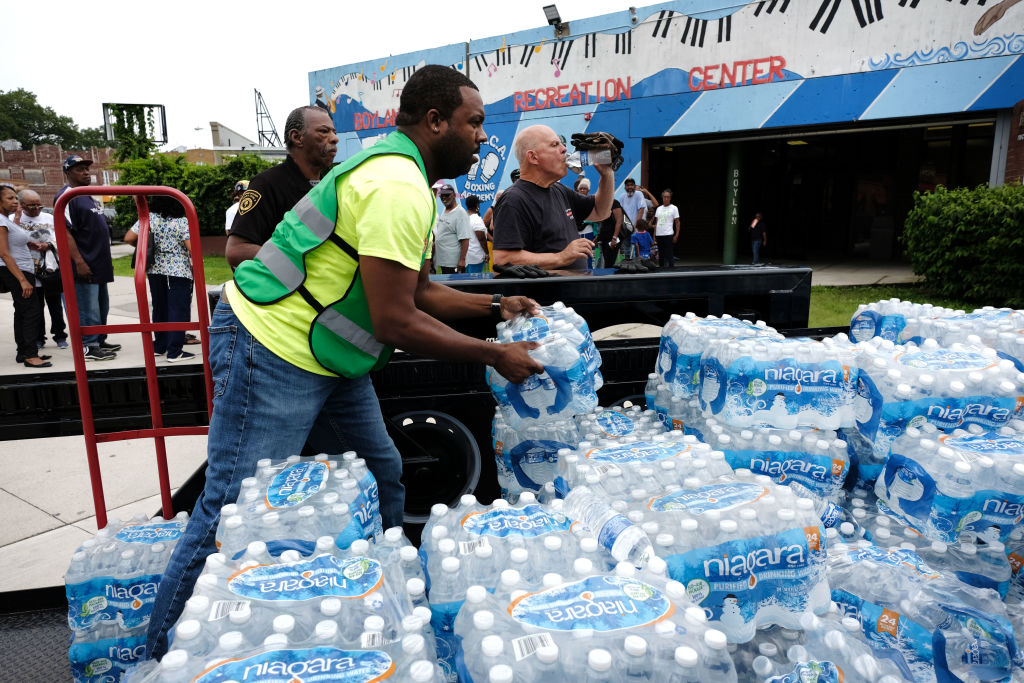 Residents should not be boiling water to remove lead, as this is not considered an effective remedy, city officials say.

The issue in Newark has drawn comparisons to the Flint water crisis, which started around five years ago and remains ongoing. In 2014, the city decided to start using the Flint River as a water resource, but did not take the needed precautions to keep lead out of the water. Soon, people in the city noticed changes in their water, including its color, taste and smell.

Bottled water was also handed out to residents in Flint; state and federal officials were later indicted as a result of the Flint water crisis.

Mayor Baraka has rejected these comparisons, however, and argued that his administration has taken an active role in managing the situation.

“I know it sounds sexy and it’s something you can put on the front page, but that’s not what happened here,” Baraka said in a 2018 interview. “In Flint they purposely did not put a corrosion control inhibitor in their water. Ours stopped working. That’s a marked and clear difference.”