The Science of Sleep

The first time I dialed up my dream therapist, I didn’t realize how personal it would get. , I told myself. What could I learn that a dream dictionary couldn’t decode?

Underestimating my own dreams was my first mistake. Underestimating Rubin Naiman was my second. I’d found him by asking Google a throw-away question: Can dreams improve emotional health? The query led to Rubin Naiman, Ph.D., his face framed in a cloud of white hair. A sleep and dream expert at the Arizona Center for Integrative Medicine at the University of Arizona, Naiman believes that many of our modern ailments are due to dream deprivation rather than sleep deprivation. Dreams, he thinks, are the most potent antidepressant known to man. Treat your bed as a flying carpet—your portal to other worlds—and you’ll find optimal emotional health on the other side. 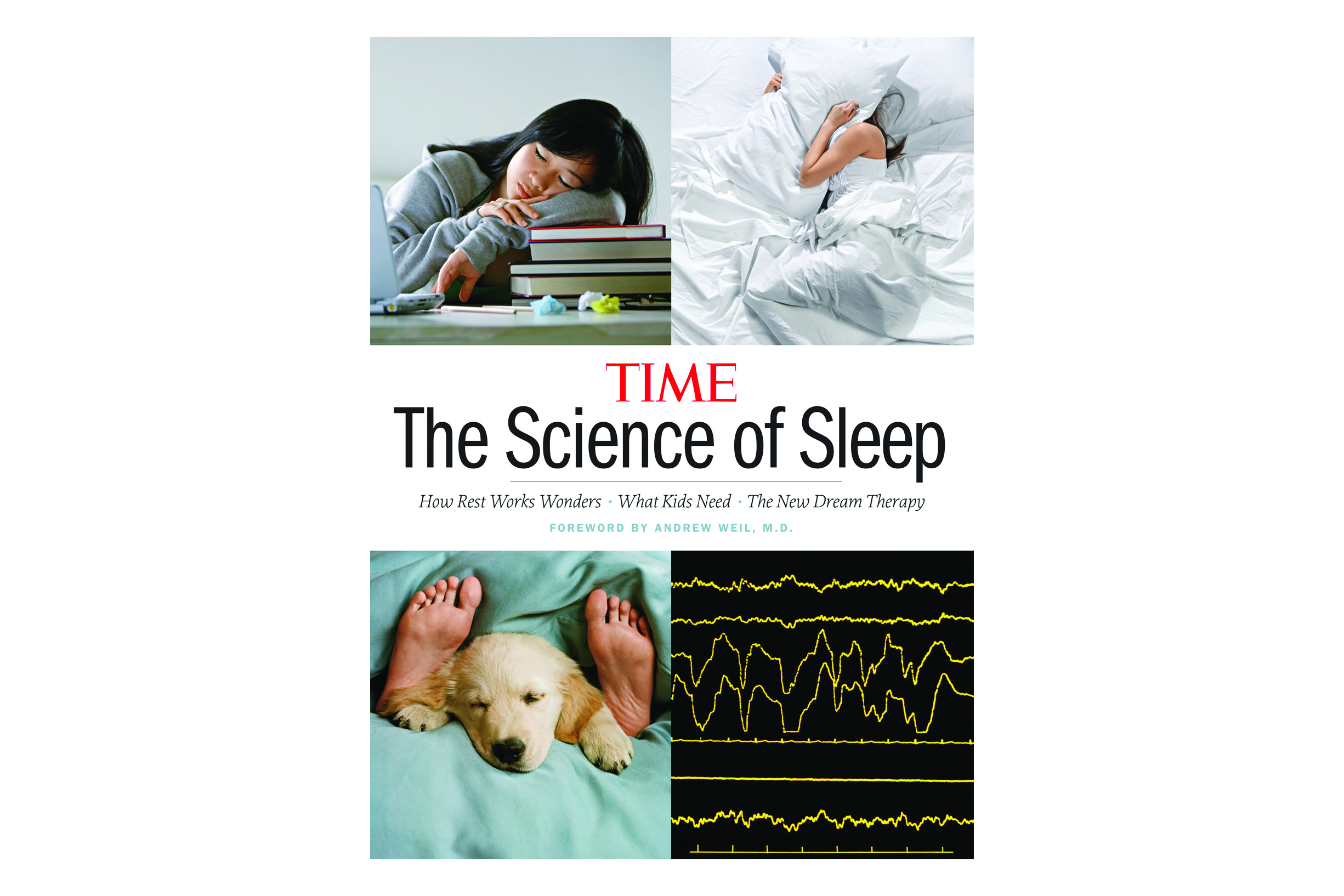 , I thought. I’d love to get in a little unconscious mental workout. I emailed Naiman and asked if he’d like to take me on a dream journey. “This would be a dream come true,” he replied.

I wasn’t looking to get into anything terribly psychologically rigorous with Naiman; that’s what therapy is for. Waking life is for figuring out who you really are, I thought. Dreaming life is for feeling like all your teeth are falling out.

Not so, said Naiman. He asked if I have trouble sleeping (not at all) and if I find it difficult to wake up in the morning (doesn’t everyone?). Not Naiman. Before bed, he pops a supplement of the sleep hormone melatonin and slips deep into the waters of sleep. Waking eight hours later, he and his partner lie in bed and talk about the dreams they’ve had. “It’s a beautiful process and it’s incredibly intimate,” he says. These dreams follow him throughout his day, he says, weaving their way into his waking life in a way that’s available to anyone, me included. I would just have to learn how.

It should come as no surprise that Naiman was voted “most eccentric” at his high school, after which he embarked on a path to becoming a rabbi. Then he changed course, quite literally following his dreams—the nighttime kind—by becoming a clinical psychologist.

“Dreaming is a second gut,” Naiman says. “It sifts through all of the experiences we consume during the day.” I knew intuitively that I needed a dream-sized dose of Ex-Lax. I couldn’t remember the last time I’d dreamed, and the only ones that stuck out were the recurring anxiety dreams I had about writing. Whenever a deadline loomed or I procrastinated too long on a story, the same dream came. Onstage in the spotlight, I was the lead of my high school ballet but hadn’t learned any of the steps.

In our first phone session, I told this to the dream doctor, speaking quietly, hoping my co-workers couldn’t hear what I was saying. “That’s a stage-fright dream, huh,” he mused. “Interesting. Huh, huh, huh.” He started to laugh. “Great. Sorry. Yeah. And so what happens after that?”

I thought. They’re awful! Could he train me to have better dreams instead? Ever so gently, Naiman explains, “It’s really important to consider that dreaming is a healing process, rather than something that you need to take up arms against.”

The fact that I am having anxiety dreams while also wanting to wring every drop of “usefulness” from them is not a coincidence, he says. Like nearly everyone else on the planet, I am wake-centric. “If you look at all sleep research, we pretty much ask the same thematic question,” Naiman says: “‘Hey, sleep, what can you do to make us better waking people?’” Sleep is the servant of our daytime selves—and that’s just backward, Naiman insists.

Instead of trying to snap out of my anxiety dream, Naiman told me, I should start a conversation with it. “When we turn to the dream with a willingness to make peace, it starts to morph and it can bring us some very beautiful experiences,” he says. “Our dreams are dark, black, sooty like coal, and we find the most precious gem, metaphorically, in a dark place.” These dreams could help heal me, he said, but I’d have to get a bit dirty.

I hang up, embarrassed that I’d just bared my insecurities within earshot of my colleagues and my boss, when my researcher neighbor pops up from behind our cubicle partition. “My anxiety dream,” she tells me, “is that we’re shipping the magazine and I haven’t checked a word.”

I promise her I’ll try to get to the bottom of both of our worst-case-scenario dreams, starting tonight. Armed with strict orders from my dream doctor, I’d dim the lights an hour before bed to boost melatonin and bridge the worlds of consciousness. I’d have a journal waiting to capture my dreams in the morning. And I’d find a soothing alarm to replace the one that jars me out of sleep. I vowed to stay with my dream for a few minutes upon waking instead of rocketing out of bed. “The dream is all around you,” he said. “Let it come to you, as if somebody is whispering it in your ear.”

The dream world is not the preferred playground for most scientists. Dreams are all different, subjective and impossible to randomize. But even though not everyone believes with Naiman’s ferocity in the paramount importance of dreams, many scientists agree that dreams have meaning—even Robert McCarley, the Harvard neurophysiologist who was part of the duo credited with what’s called the “activation-synthesis theory,” popularized as the idea that dreams result from the random firing of neurons and are devoid of intrinsic meaning. “It was misinterpreted,” McCarley says of that explanation of his theory. “We kept saying it was, but it’s such a convenient bogeyman.”

When the brain is activated by the brain stem’s biological rhythm, McCarley explains, there are images generated that are related to life, some of which can help dreamers gain in- sights about their attitudes toward other people. “[Dreaming] may be a way of processing emotionally relevant information,” he says.

Others caution against reading much of anything into dreams. Ross Levin, a behavioral sleep specialist in New York, says they rarely come up in his treatment of patients. Besides stress dreams signaling that, hey, you might be stressed, there’s just not a lot of evidence that dreams are a source of real meaning, he says. “For the most part, it’s kind of a fishing expedition.”

The next morning, I was exhausted from a night of nervous, excited dream chasing. “I woke up periodically trying to remember the dreams I’d had,” I wrote in my journal. I captured three dreams the first night, starring a rotating cast of family members, friends and co-workers. “It’s the first time I’m remembering these dreams, and they seem so obviously connected to my anxieties,” I wrote. As soon as I put them to paper, they melted away.

I did this for a week. Some nights were dreamier than others, but a few days’ worth gave me plenty of new material to share with Naiman. Before our second phone call, I slipped away from the open ears of the office to hide in the lobby. I told Naiman my most dramatic dream of the week: I’m torn between attending a wedding and going to a street-art festival. In the dream, I chose art—and was seized by a mysterious figure who put me in a chokehold and made the motion of slicing open my throat.

Naiman was delighted. “Dreams are so honest, and they speak in a symbolic language,” he said. What I had seen as a stranger’s attempt at murder, he interpreted as a freeing of my throat, the part of the body associated with self-expression. “It’s an image of opening your throat,” he said. He then pointed out that many of my dreams contain a mystery man: an adventurous, masculine, wildly free type. “We call it animus,” he said. These alter egos show up in dreams and speak to our deepest desires, Naiman explained. And mine, it turns out, is a dark, mysterious rebel trying to be heard.

“It makes me wonder about the man side of you,” he said. “If this guy was given a voice, given a pen, what might he say?” I had my next assignment. “Talk to the dark side,” Naiman told me. “I suspect your anxiety will recede.”

As I do with all tasks, I procrastinated a tad on my alter-ego writing assignment. For a few days in a row, I let my lovely chime alarm lull me awake—and then I snoozed, avoiding the dream diary next to my bed.

But a couple of nights later, when I finally sat down to channel that dark voice, my lights low and melatonin high, it came eerily easy to me. And when I woke the next morning, more pages flowed from me than had in a long time, and in a voice far freer and more confident than the one I recognize as my own.

Instead of being anxious, I found I was having fun. , I thought. “Keep talking and they just might,” said Naiman. I had listened to my dreams, and they were finally talking back.